100 Days Of Love Telugu Movie Review: The another release of Malayalam dubbing release Today but, in Telugu. The 100 Days of Love is the Malayalam hit movie under the same title. The movie featured by the Dulquer Salmaan and Nithya Menon in the Lead roles. The film carrying the genre of complete comedy romantic film. Let see the 100 Days Of Love Telugu movie review, rating, and audience response here. 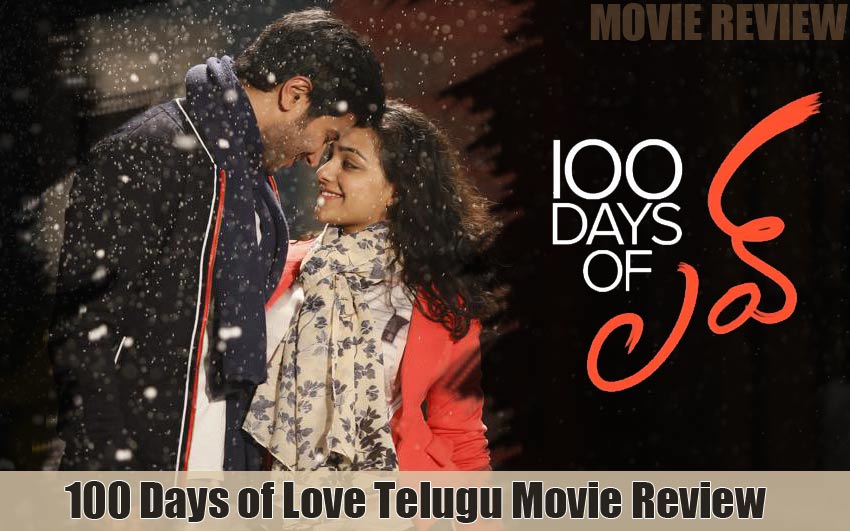 Jenuse Mohamed’s directional movie got full credits by the Kerala audience and now, it is release in Telugu. He narrates the story as heart melting scenes. His friends such as Govind Menon and Pratheesh Varma helped to groomed this film to the next stage. Govind finely worked with his musical instrument and shows his spot situation music on screen.

The 100 days of Love Music Launch has conducted on the July 20. And got trendy viral throughout Telugu audience. All the three songs are penned by Krishna Chaitanya. And Nithya Menon, Vijay Prakash, Sai Charan, Anuraag were shared their voice for it. The Trailer of the Movie has also launched early of the Music release and it enclosed only the 8,000 views on YouTube channel.

It is a story of current Youngsters world. A Young freelancer writer lives in a city with his close friend. He suddenly saw a Beautiful girl on a rainy black night one day. The girl completed his studies and enjoying her life with her world. Both of them have their friendship and slowly turns into Love. The movie going on with the genre of romantic comedy.

Kindly read the Rating box given at the end of this Review. We provided the Movie rating based on the Story, Lead role performance, Cinematography, Music and more.

The 100 Days of Love Movie Cast along with the Movie Character names here below. Technical Crew list on Table.