Kaththi Sandai Movie will release on December 23 along with the Cristmas Celebration. Due to the Suriya’s S3 postponed from December 23, the makers of Kaththi Sandai will release their film on that date. The film has scheduled to release on January 12 as Pongal release. Today, on December 16, actor Vishal confirmed it by his tweet. The film has produced by Nandagopal of Madras Enterprises and the Cameo Films India had the Tamil Nadu theatrical rights. 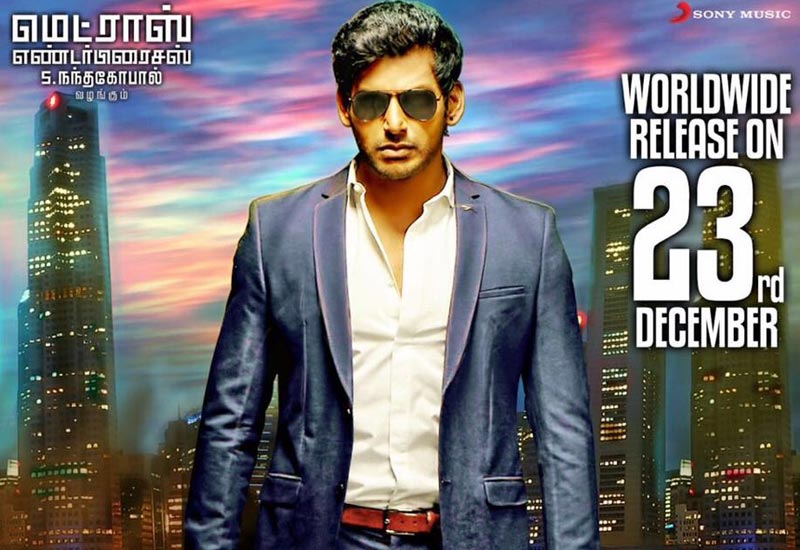 Actor Vishal, who is the lead of Kaththi Sandai has confirmed the news by his tweet. His twitter reads “All work in full swing for #KaththiSandai n #okkadochadu release on #dec23 @hiphoptamizha @tamannaahspeaks @CameoFilmsIndia @sooriofficial.”

Suraj directional film has featured by Tamannaah, Soori and Vadivelu in key roles. Okkadochadu, the Telugu dubbed version of Kaththi Sandai is also scheduled for the same date of release.