Kollywood Mass Hero Suriya's 24 Movie Audio Launch will be on 11th April 2016. This audio release date is confirmed and announced officially by the '24' Movie team. Both Tamil & Telugu version of 24 movie songs by Oscar Music director A.R. Rahman is about to hit mobiles soon. 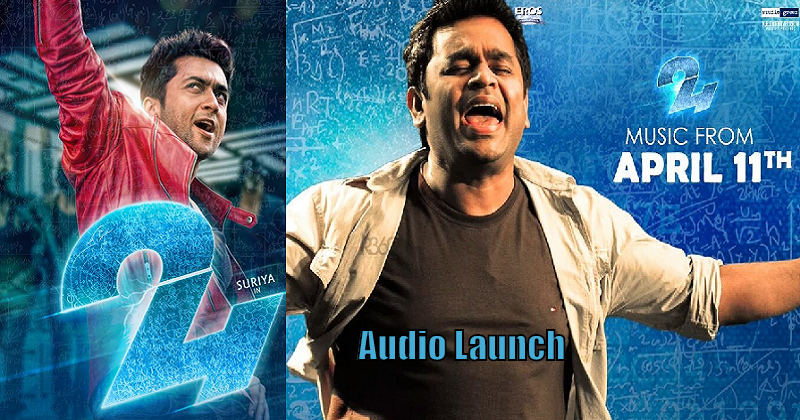 “24” is a Sci-Fi movie directed by Vikram Kumar and it is all about Time-Travel. Suriya, Samantha and Nithya Menon are doing leading role in this movie. “24” movie is produced by Suriya under his home banner of 2D Entertainment.

24 movie is completely filled with technical aspects and it will be a good treat for Suriya's fans on his screen presence. It is very sure that background music from A.R is going to be a big advantage of this movie along with stunt scenes.

24 Movie Audio Launch for Tamil version will be held at Sathyam cinemas, Chennai on 11th April. Telugu version of audio will be released on the same day evening at Shilpakala Vedika, Hyderabad. The 24 album consists of 6 tracks in total.