Liverpool’s absolute dominance at the top of the Premier League has overshadowed the performance of several smaller clubs this season. Granted, the Reds are simply unstoppable with the lead of 22 points but a few other teams have also exceeded their expectations and have shocked even their fans. With that in mind, let us take a look at three such teams, which might tempt you to bid in their favour: 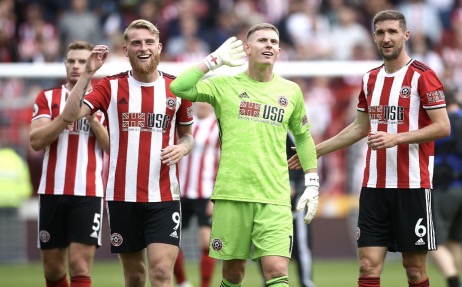 No other team has exceeded the expectations of their fans and everyone in the league as much as Sheffield United. The Blades were promoted to the Premier League for the first time in 12 years after they finished 2nd in the Championship in 2018-19. And so far, Sheffield have played like they never even left the Premier League.

The Blades are currently 5th in the table – just two points behind the Champions League qualification. And to top it off, Sheffield boast the second-best defensive record in the league, only behind Liverpool – all this in the first year back in EPL.

22-year old goalkeeper Dean Henderson has been almost impossible to beat between the sticks as the Englishman is joint-most clean sheets in EPL this season. Lys Mousset has led the attack with five goals and four assists in the league. John Fleck has been in great form from the midfield as well with five goals and two assists for the Scotsman. But a lot of credit must go to Sheffield’s manager Chris Wilder, who has been working with the team since 2016.

If you want to bet on an underrated Premier League this season, bet on the Blades to play in European competition next season only at 10Cric, online sportsbook for Indian punters. Because if not the Champions League, Sheffield United are favourites to at least play in the Europa League. 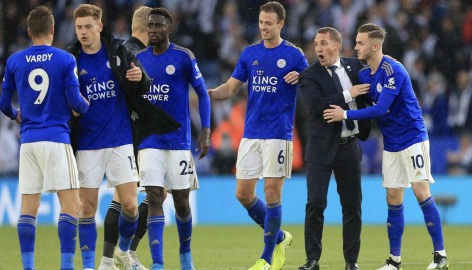 Leicester City are not new to the underdog tag. The Foxes won the 2015-16 Premier League title against all odds, writing the best underdog story in the history of sports. Unfortunately, the club failed to come anywhere near that achievement in the last three seasons, finishing 12th 9th and 9th, respectively. But 2019-20 has been completely different for Leicester City

The Foxes are currently 3rd in the table, just one point behind 2nd placed City and a massive nine points ahead of 4th placed Chelsea. At this pace, Leicester should comfortably qualify for the Champions League for just the second time in the club’s history.

And they have a familiar face to thank for their return to the form – Jamie Vardy. The striker has already scored 17 goals this season and is leading the race for the Premier League Golden Shoe. He has been supported by Leicester’s new signing Ayoze Perez, who has scored 7 goals. But the find of the season has been Leicester’s very own academy product, Harvey Barnes. The 22-year old has scored four and created six in his first full season at the Kings Power Stadium.

Truth be told, Leicester have been exceptional in all departments this season. The midfield duo of James Maddison (6 goals and 3 assists) and Youri Tielemans (3 goals and 5 assists) have played their role to perfection. In the back four, a very few wingback pairs in the Premier League are better than Chilwell and Ricardo Pereira. And Çağlar Söyüncü’s performances at the back means the Foxes have hardly missed the services of Harry Maguire. 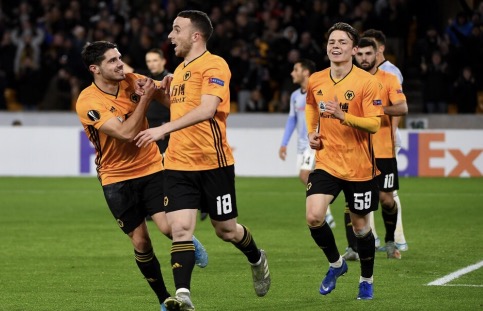 Not exactly the ‘beyond-imaginations’ story like Leicester City but Wolves are writing their own fairytale since returning to the Premier League last season. The club finished 7th in the table in their first season back in the top tier last season and qualified for the Europa League. And this season, Wolves have proved that 2018-19 wasn’t a fluke but a result of a well-built team by Nuno Santo. Defeating Pep Guardiola twice in the same season is like getting a loan with a bad credit score but Wolves became the first team to do so.

The Wanderers are 7th in the table this once again and fighting for the European qualification. But it is Wolves’ ability to fight against top six teams which has made them a force to be reckoned with. Wolves have drawn both their games against Manchester United and one against Arsenal. But to top it off, Wolves have defeated champions Manchester City twice in the league this season, 2-0 away and 3-2 at home.

The goals have come from the Mexican forward Raul Jimenez, who has scored 11 goals so far. But a former Barcelona winger, Adama Traore is the one who has made lives difficult for every defender in the league. The Spaniard has scored four goals and has provided seven assists.

Thought about Losing Weight? Here are some of the Best Workouts to Lose Weight