The second weekend of this March is filled with the four new Tamil movies in a row to treat the Audience happy. The dance master Raghava Lawrence’s Motta Siva Ketta Siva is finally on board to release with the third date after the court clears the film release. Initially, the film was planned to release on February 24 along with the Vijay Antony’s Yaman. Now, the film joined the list of Maanagram, Bruce Lee, Nishabdam in this March 10, 2017.

Note: Movie lists will be confirmed on Thursday.

The Lawrence MSKS film has also released the poster with the release date of March 3 but, the maker can’t able to attempted their second aim. G. V. Prakash Kumar also appears on screens from March 10 with his film Bruce Lee, who launched the song for Jallikattu (Kombu Vacha SingamDa) is also ready to launch a song for current issue in Neduvasal under the title of Thiyagam Seivom Vaa along with the lyrics writer Arunraj Kamaraj. 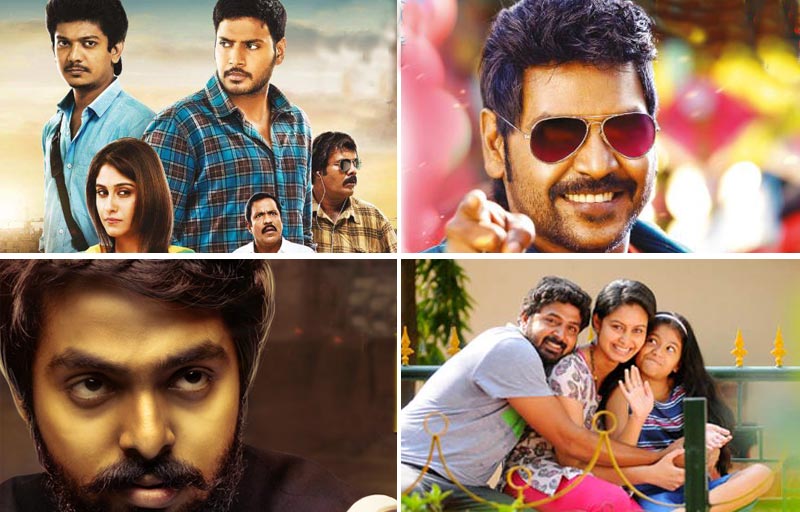 S.R Prabhu’s directional Maanagaram is one of the impactable Tamil films of this week. S.R. Prabhu is the maker of Nayanthara’s Maya. The maker has screened this crime thriller film for selected audience and Media on March 6th night. The premiere review is filled with the positive notes about this UA censor certified film. According to the premier show review, Managaram is the pack of Gangsterism, Black Comedy, Thriller, and fun Romance. Some reviewers said that the Maanagaram is added to the list among Duruvangal 16 and Kuttram 23.

Nishabdam is the film which narrated based on the current scenario of Sexual Harassment in the country. So, the people of Tamil speaking can enjoy with all kind of films in this weekend. Watch all the movies in Theatres along with Family. Stay tuned for more latest updates of Kollywood.