54321 Tamil Movie Review: One of the Last weekend Movies of August 2016 in Kollywood is ‘54321.’ Finding the name of the movie is the very biggest project in Tamil Cinema Industry at this present world. There is a reason for the title of this movie. The State government provided the Tax consumption for the Tamil titles. So, the producer and movie crew always trying to display Tamil names otherwise on the numeric title. The movie has narrated and directed by the debut director Raghavendra Prasad. He started his filmmaking by using psychological thriller genre. Read the 54321 Tamil Movie Review, Rating, Story here below. 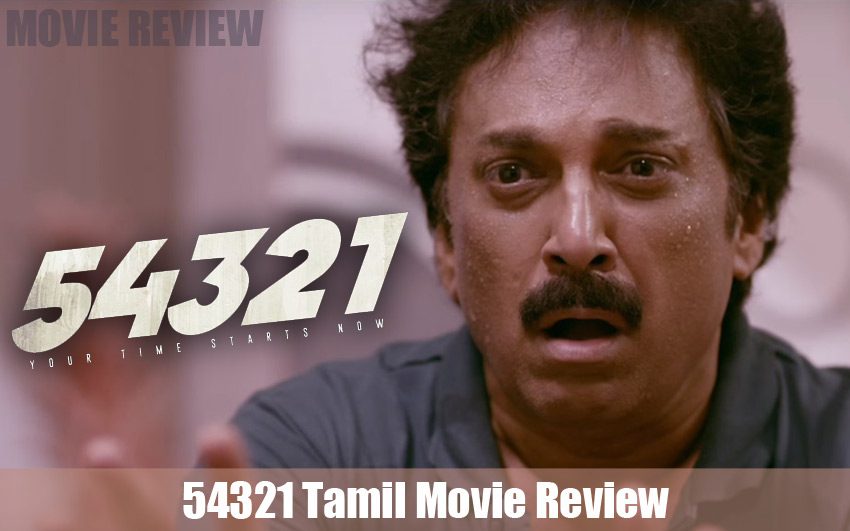 The Sherif’s choreography is merged with the Joshua Sridhar’s music and Na Muthukumar’s lyrics. A fantastic presence by the whole movie crew. G. V. Kannan maintained the dairy of financing for this movie as per the request of the director. The Lead roles such as Shabbir, Aarvin, and Pavithra performed well and getting their credits by the audience.

The director didn’t pull the unwanted scenes for the time. He just made it for the theme story. It is not a Horror film but an interesting thriller. The supporting artist like Rohini, Pasanga Sivakumar, and Ravi Raghavendra are also marked their own space as good. Banu Murugan’s DOP shows the special pages of this film. It is the huge role if it is thriller or horror. M. R. Rajeesh carried his job-based on the screenplay and edited Murugan’s frame.

The Movie got the good response for its trailer. It has launched on August 13 of this year and got 90,775 views at present. The Movie songs and Background scores are managed by the Joshua Sridhar. An another important spot of this thriller film is background music and songs. Sridhar handled well and present his best on final screen today on August 26, 2016.

The title of the film itself has the story plot. It is about the 5 people interconnected story with their 4 types of lifestyle. There is a 3 Murder in 2 hours of the film run time and the story moves for only 1 revenge. The director Ragavendra Prasad narrated this story while he is working on the Vijay Sethupathi‘s Pizza Tamil movie in 2012 with the director Karthik Subbaraj.

Kindly read the 54321 Tamil Movie Rating in the Rating box. It is provided here below at the end of this Review. We provided the Movie Rating based on the Story of the Film, Lead role performance, Cinematography, Music and more*.