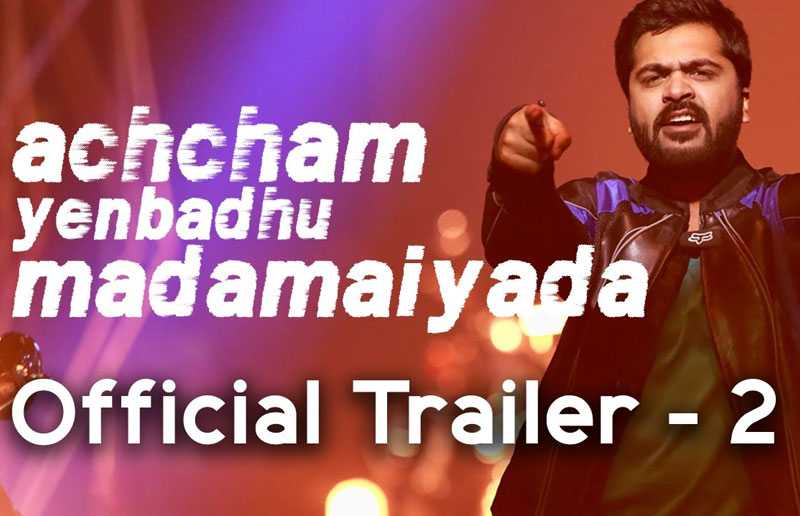 The Official YouTube Channel had the description for this Trailer as “It is a south Indian Tamil film directed by acclaimed filmmaker Gautham Vasudev Menon, starring STR, Manjima Mohan, and Baba Sehgal. Music for this film is composed by the Academy and BAFTA award winner A.R.Rahman. DOP – Dan MacArthur | Editing – Anthony | Art – Rajeevan | Lyrics by Thamarai.”

So, the film has the star of STR and Manjima Mohan in the lead roles. Gautham Vasudev Menon is the director of this film. He had only two choices for the music in his film. One is Harris Jayraj, and another one is the AR Rahman. He selected ARR for this film as a music composer, Dan MacArthur for the Cinematography. Anthony has handled the editing work of this film. Thamarai is the lyric writer of all the songs in this film. Let watch the Accham Yenbathu Madamaiyada Trailer Here below

The Film will be released in November of this year 2016. The Trailer ended up with the Month of release without full details as a complete date of release.