According to the latest Achamindri Poster, the release date has been confirmed. Srushti Dange and Vidya Pradeep are the female lead of this Story. Rajapandi has directed this film with the help of VinothKumar’s Triple V Records production. Director and Actor Samuthirakan has also featured along with the Vijay Vasanth in a major role.

Radha Ravi, Saranya Ponvannan, Karunas, Devadarshini, Asvin, ShanmugaSundaram, Jayakumar, Rohini and others are the supporting actors of this film. Premgi is the Music composer of this film. According to the source, Venkat Prabhu revealed that Premgi has composed the background score for Chennai 600028 (2007), due to Yuvan Sankar Raja’s busy schedule in Aayirathil Oruvan project on that period. 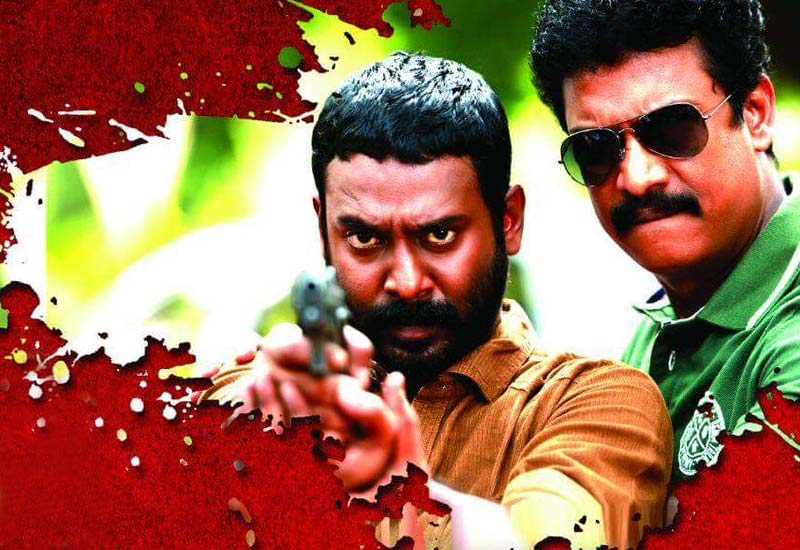 The famous editor of Tamil film industry, KL Praveen is the editor of this film. Venkatesh is the Cinematographer. Yugabharathi has penned lyrics for this latest upcoming release movie. The Production company didn’t sell their music album to the third party. Triple V Records had the official music rights.

G. Radha Krishnan is the dialogue writer and K. Ganesh Kumar is the Stunt Choreographer for Vijay Vasanthan and other fight sequences. The first Achchamindri movie Trailer was released on May 12 and the second trailer of the movie has released on November 14. The trailer has shown the music director as Isai Illaval Premgi. Visit the official YouTube channel of Triple V Records to watch both of the Trailer, Lyrical Songs, and Audio Launch speech Videos. Actor Mirchi Siva, Premgi, Director R.K.Selvamani, Dhananjayan, Actress Rohini, Yuvan Shankar Raja, Saranya Ponvannan, Director P. Rajapandi, Venkat Prabhu have given the speech at Achamindri Movie Audio launch.