Balloon actress Anjali as a guest in Bigg Boss Tamil house. In the Monday’s episode, we can see him as a guest. But, it is not confirmed officially yet. From the two promos of the episode, it seems that someone entered into the house as new. While a photo revolves around the social media, it is actress Anjali’s photo with the same dress which seen in the twp promos. 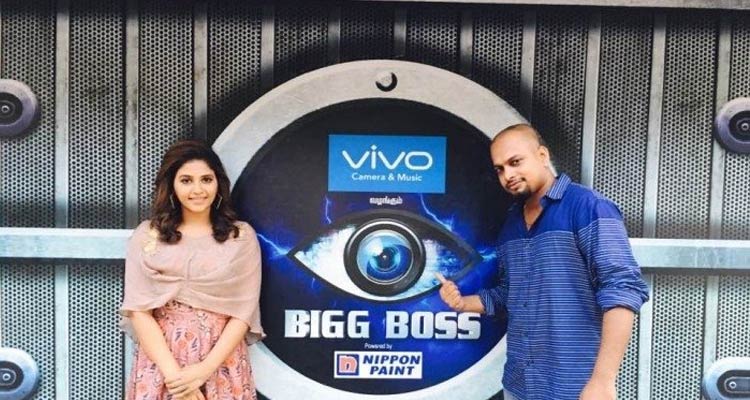 This is the last week of the controversial reality show Bigg Boss Tamil season 1. Actress Suja Varunee has finally evicted from the house officially by considering the activities in the house and Lyrist Snehan’s bonus points.

So, the final five of the house is Arav, Bindhu Madhavi, Ganesh Venkatraman, Harish Kalyan, and Snehan.

At the end of Sunday’s episode, a promo of the next day (Monday) has shown. In that, all the scenes are covered with the back head of the celebrity in the house. While the new promo of this episode which shown on 25th September morning. In that, the housemates are talking about the activities of Ganesh. And a scene which shows that the actress half-face when Ganesh doing something in front of him in the living area.

Another new promo for the episode has been released, which is all about the song of “Neenga Shut up pannuga” from the Balloon film. Arav, Ganesh, and Snehan all just know about the trending phrase which was used by actress Oviya.