Ae Dil Hai Mushkil marks the comeback of Karan Johar into Bollywood after superhit movie “Student of the year“. Fans are waiting for the movie also because of Aishwarya Rai Bachan’s presence in the movie. Aishwarya Rai was last seen in the movie Sarbjit in which her role was very well appreciated. 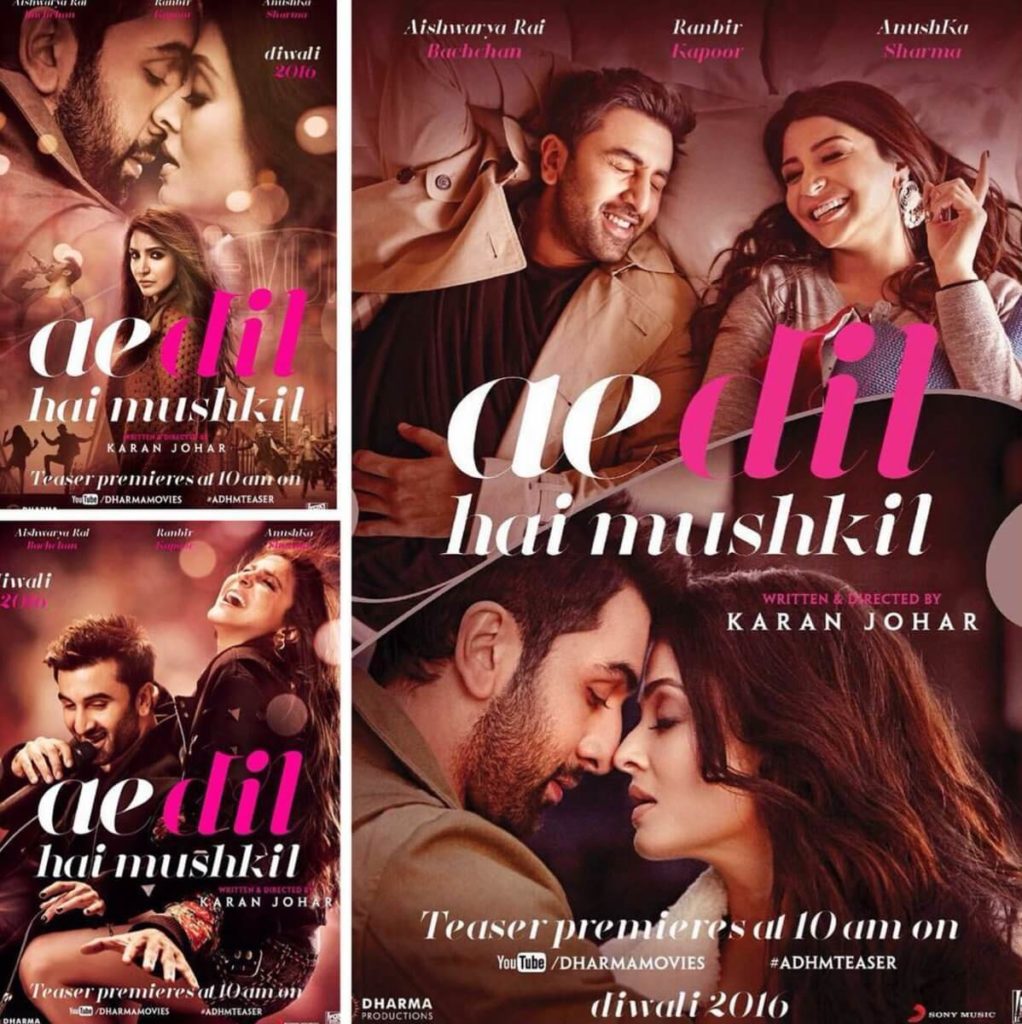 Ranbir Kapoor is coming back to the silver screen after his last year Hit, Tamasha.

After seeing the first look, we can say that the movie will be of love and romance, for which Karan Johar is known for. Ranbir, Anushka, and Aishwarya are looking gorgeous in the first look and we just can’t wait for the teaser. The teaser of the movie was unveiled at 10 AM today.

Ae Dil Hai Mushkil cast consists of  Ranbir Kapoor, Aishwarya Rai, Anushka Sharma and Fawad Khan. Shah Rukh Khan has played an important cameo in the movie. The movie is directed by Karan Johar and produced by Dharma production and Fox Stars, the movie is slated for release on 28 Oct 2016. Ajay Devgn’s Shivaay is also slated to release on the same day.