Afghanistan vs Scotland, The Second Qualifier match of ICC World T20 2016 will be started at 19:30 IST (14:00 GMT) in Vidharba Cricket Association Stadium, Nagpur, India. Afganistan team have their best ratio about winning as 13 out of 16 Twenty20 Internation from the start of 2015. Also, Afganistan has the records against the team Scotland as 5-0.

Update: Afghanistan won the toss and elected to bat

Man of the Match: Mohammad Shahzad 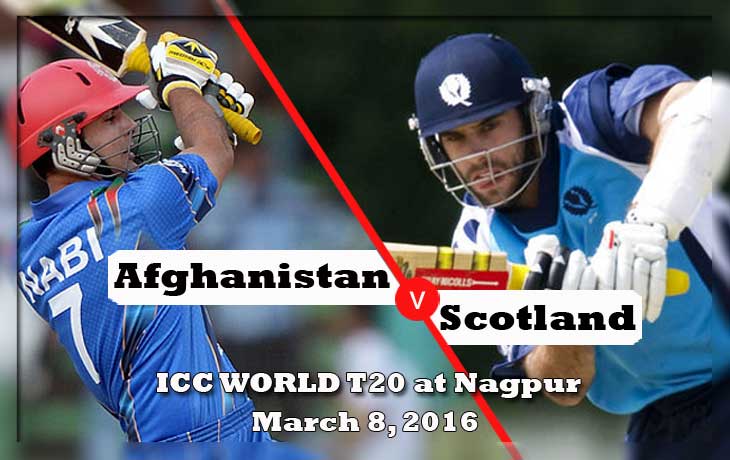 About Afghanistan Team in T20 WorldCup:

Afghanistan’s fourth Consecutive appearance on World T20 stage. The team wins their series against Zimbabwe and Omen on before the Asia Cup tournament. The team forgot to fuel for their win at  the qualifier round in World T20 2014 and also failed to cross the qualifying round in Asia Cup 2016.