Airtel offers 1000 GB free data as already said by the telecom company in July 2017. The plans starting at Rs 1,099 in select cities which also including the head of the nation, Delhi. This is remembrance, while the official announcement was already made by Bharti Airtel on its micro blogging social media site.

Under the tagline of Airtel broadband big byte offer, the company offered the data for lowest price against to the Reliance Jio as competitor in the industry.

The Bharti Airtel announced the Independence Day offer, by using this, users can get up to 70% cashback on recharges, bill payments, utility, and online merchant payments with Airtel Payments Bank.

Also, the user can get additional data under the same scheme by the name of Bonus Data which having the validity until March 31, 2018. 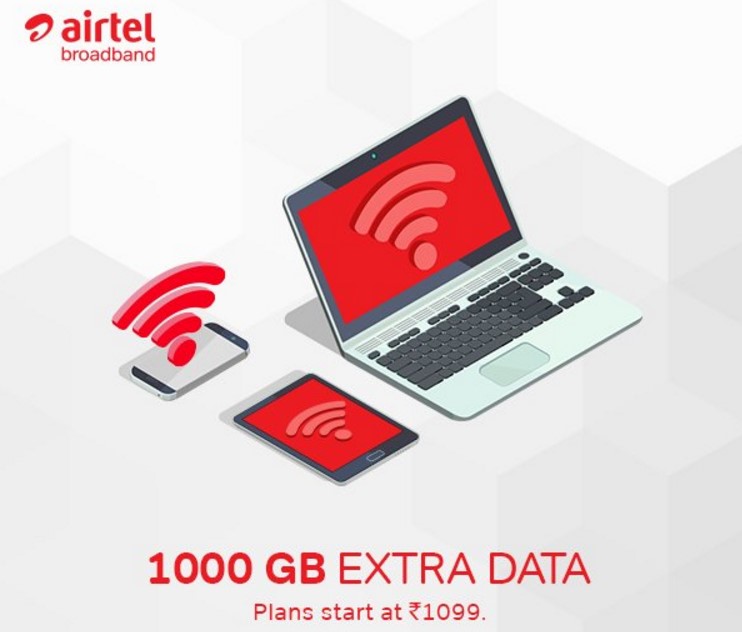 Note: Online purchase is must for this offer.

In the Airtel statement, it mentioned that “The Offer is valid only in India and redeemable only upon taking fresh subscriptions to Airtel’s select DSL (digital subscriber line) broadband rental plans in accordance with the present terms and conditions.”