The first leg semifinals between Ajax Amsterdam and Lyon is set to begin at the Amsterdam ArenA on 05:45 pm BST (12:45 pm ET). Both of the team have played each other as four times said by the record of ESPN. In that four meetings, the Ajax Amsterdam had their winning game against to Lyon. The last two meetings at UEFA Champions League in 2011 have ended as drawn games without any scores by both teams.

In the last five games, the Ajax Amsterdam had their three wins over Heerenveen, Schalke 04, and NEC Nijmegen. The Ajax lost their last two games against (2-3) Schalke 04 and (0-1) PSV Eindhoven. Ajax Amsterdam also busy with their Dutch Eredivisie schedule.

Also, in the last five games of Lyon, the team had only two wins against (2-1) Angers and (2-1) Besiktas. Lost two games in French Ligue 1 against AS Monaco and Lorient. Besiktas beats the Lyon in the Europa League, 10 days ago. 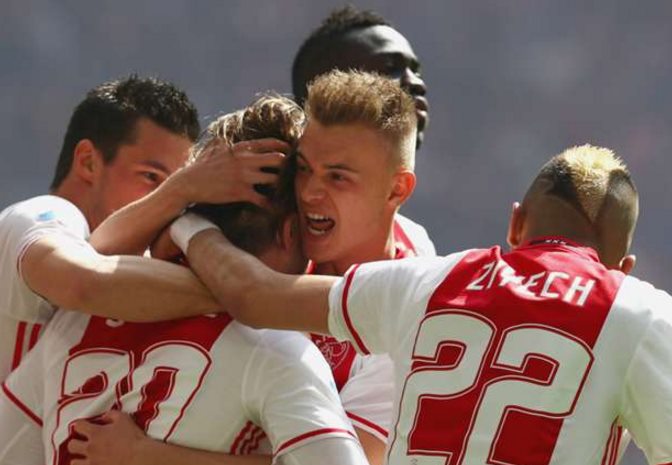 Ajax vs Lyon Live Streaming Online for the United Kingdom, BT Sport app is the official. Also, the United States of America people can watch this match on beIN Sports Connect.

Live TV Info. of Ajax vs Lyon Europa League Semifinals 1st leg: BT Sport 3 had the rights to provided the Live Streaming on the UK through Television (TV). beIN Sports 2 is the TV channel which provides the live game for the United States people.

Most of the fans have their hope that the young squad of Ajax can continue its UEFA Europa League journey with a victory from this semifinal first leg game over Lyon.

Ajax head coach Peter Bosz said that “There are only good teams in the semi-finals. Lyon definitely fits that description, and so does Ajax.”

Both of the team have their best potential, the only thing is to prove that how they using it for their win on upcoming matches. The Ajax Amsterdam is spotted at the second position in the Dutch Eredivisie standings. Also, the Lyon had their fourth place by played 34 games.