The Hammers lost the Betway Cup by 3-2 on aggregate against Werder Bremen. Now they are about to play their third and final fixture of the pre-season match against Altona 93 in Hamburg.

Altona 93 is the third biggest club in Hamburg after Hamburger SV and St Pauli. So, they have huge followers for a fifth tier club. They did some great achievements in the past like reaching the semi-final of the German Cup in 1975 and 1964. 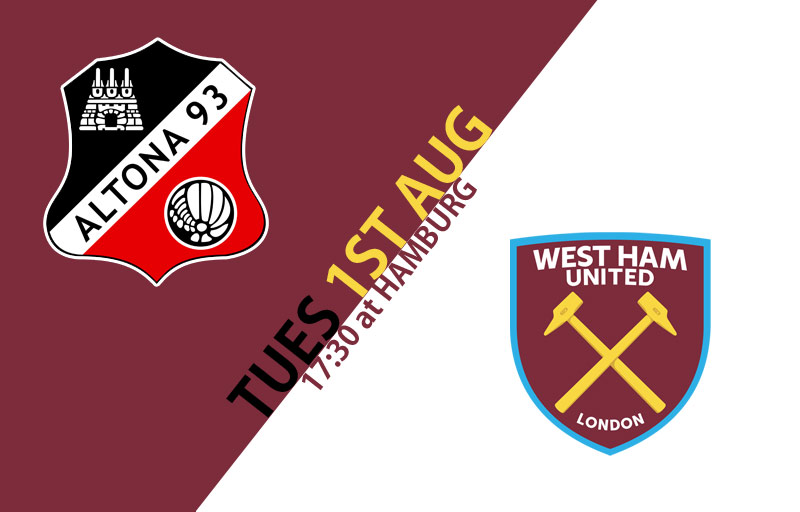 West Ham vs Altona 3 Live TV channel: The match between West Ham vs Altona 93 will be lively telecasted on the Premier Sports Channel. The game coverage will start at 05.25 pm and the match will kick-off at 05.30 pm at Adolf-Jager-Kampfbahn stadium. Fans can also follow the game on their official Twitter at @westhamutd.

This penultimate pre-season friendly match is like a training game for West Ham, who will appear in the English Premier League soon, which begins on August 11, Friday.

The Mexican professional footballer Javier Hernandez Balcazar (Chicharito) is expected to appear in a West Ham United shirt at Adolf-Jäger-Kampfbahn stadium on Tuesday. Chicharito is the player to watch in this game. Javier Chicharito Hernandez won’t wear No. 14 shirt at West Ham

About Altona 93: Altona is one of the oldest football clubs in Germany and the founder members of the Altona-Hamburg football league formed in 1894.