The Italian Ambassador Stefano Sannino held a reception for the Festa della Repubblica Italiana on May 30, 2019 at the Embassy of Italy in Madrid, Spain. Every year, the event is dedicated to one specific Italian region. 2019 was the year of Region Campania.

At the event the Ambassador Sannino gave a speech highlighting the good relationship of cooperation between Italy and Spain. 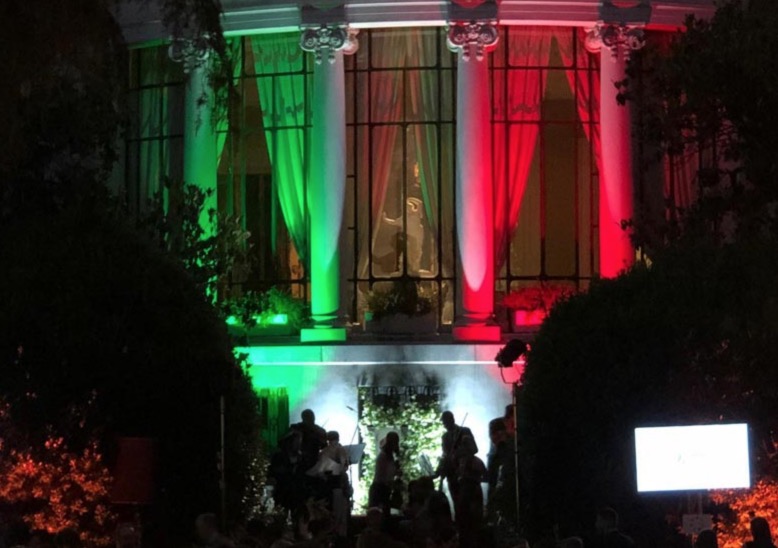 Dario Item, the Ambassador of Antigua and Barbuda, received the invitation of the Ambassador of Italy Stefano Sannino and D. Santiago Mondragón to attend the event fot the Festa della Repubblica Italiana at the Embassy of Italy in Madrid.

This event preceded Passione Italia, the great event for the promotion of Italian excellence in the field of gastronomy, crafts, tourism, culture and design in Spain.

The event took place from 31 May to 2 June and closed its doors to more than 60,000 enthusiasts over the three days, who enjoyed the event and had the opportunity to try the Italian products, dishes and recipes offered by the italian companies that were there.

The event, organized by the Italian Chamber of Commerce and Industry for Spain (CCIS) in collaboration with Italian institutions and with the support of the City of Madrid, has been taking place every spring since 2009.

In recent years the participation has been growing, until 2018, when there was a record of participation not only of the public but also of exhibitors.

During the Italian festival, in fact, there are exhibition spaces of Italian companies and realities. Last year the party was held at the Matadero while the previous year at the center Conde Duque. Before that, it was hosted in the spaces of the Italian School of Madrid.

The eleventh edition of the event dedicated to Made in Italy closed with a record number of visitors and exhibiting companies. The event consolidates itself as one of the most important and popular in the Spanish capital.

Once again, Passione Italia has become a great showcase for italian companies. In addition to the promotion of Italian tourist destinations and the sale of handcrafted products, the event was characterized by the wide gastronomic offer: in the food trucks and booths it was possible to taste regional specialties as well as high quality products which are part of the culinary tradition of the country.

How To Choose a Car Battery – 3 Essential Factors

How To Choose a Car Battery - 3 Essential Factors