2019 has not been kind to Anna Palmer, wife of Queensland billionaire and mining mogul Clive Palmer. The Bulgarian-born, who is 20 years Clive’s junior, rarely speaks to the media, but last March she was forced to testify in a Brisbane court regarding the Queensland Nickel collapse.

Palmer and his wife tried to avoid the latter’s questioning in court, saying she should not be forced to appear as she was no longer in charge of the company, but Judge Andrew Greenwood thought differently.

Eventually, Mrs Palmer’s testimony was unflattering, to say the least, as she was “grilled” over her involvement in mystery payments made out from QNI to foreign bank accounts. The Federal Court had some questions for Mrs Palmer over a $180 million “loan” she authorized from Clive Palmer’s Mineralogy to his Bulgarian investment venture, Palmer Investments Limited.

Palmer said she “couldn’t remember” why the massive transfer was made, nor why $40m were transferred to Palmer’s United Australia party. This questioning isn’t due to Anna’s familial status – Palmer was made sole director of Mineralogy by her husband and thus had to sign off on money transfers, making her fully accountable for any money siphoning that took place during her tenure.

Palmer was visibly uncomfortable, according to sources who were present at the hearing. Her apparent discomfort rose as barrister John Peden asked her about another mystery payment – a $23m advance to “CFP” – Clive Frederick Palmer – from Mineralogy. was Palmer “repaying a loan to himself”? Mrs Palmer didn’t seem to recall. 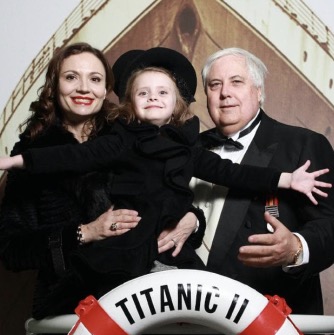 Although experts agree that Mrs Palmer was only made sole director as a scapegoat for her husband, in 2017 Clive Palmer told the Federal court  it was his wife who is in control of the couple’s finances and that he was “just a pawn in her hands”. Indeed, a judge found Mrs Palmer had “some decision-making authority” concerning Mineralogy, which could implicate her further. Feeling the heat, Anna tried to dodge the bullet and said “I think that was just a throwaway funny comment. I think he was being humorous.”

Mrs Palmer has reason for concern – Queensland Nickel left 800 workers out of a job and owes millions as a result of its failure. Being a chartered accountant and lawyer, she must know the implications of Palmer’s financial antics, which she became entangled in; sending funds in the millions of dollars to Eastern Europe and to Switzerland could fall under money laundering laws.

This isn’t the first time companies and assets are revealed to be listed on Anna Palmer’s name. In August of 2019, Laura Aprile, an inmate of Numinbah jail, was rejected bail after listing a $3 million canal-front mansion on Queen Guineveres Place at Sovereign Islands as her address. The amusing story revealed Anna Palmer as the property owner, reflecting a recurring mechanism by Clive Palmer to list companies and assets under his family and friends – the Sovereign Islands mansion is just one 8 properties listed on Anna Palmer’s name. 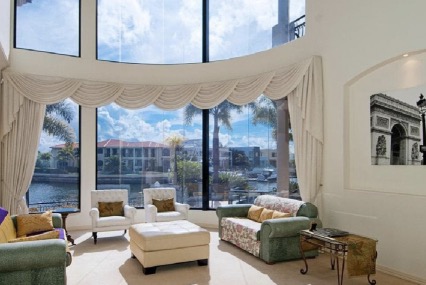 Clive Palmer’s children from his first marriage, Emily and Michael, have also been listed as directors and owners in their father’s real estate properties and companies. Michael, for example, owns the Paradise Point mansion; a five bedroom home with inifinity pool, boat pontoon and pets on application. According to the records, Palmer JR has 10 properties to his name, including a King Arthur’s Ct mansion and a $5 million Fig Tree mansion he bought in late 2018. Both Michael and Emily Palmer were also Queensland Nickel directors.

If this is not enough, in May a scandal broke when it was reported that Anna works for Alexander Law – the very law firm which was tasked with managing the Trust account which was to handle the $7.16 million payments to ex-QNI employees. “There is no benefit or advantage that is derived from this to Mr Palmer or our firm other than finalising these outstanding entitlements,” said Sam Iskander when asked about the obvious conflict of interest.

And Mr Palmer was still $614,000 short in unpaid superannuation.

So, is Anna Palmer the puppet or the puppeteer? Hard to tell. Just a year ago, in November 2018, she joined her husband on a trip to Bulgaria to meet Clive’s fugitive nephew, Clive Mensink, who has been hiding in Anna’ home country since 2016. Mensink is escaping ASIC and the Federal court’s warrants as he was the manager of Queensland Nickel at the time of its collapse. If Anna knows where Mensink is hiding and regularly travels to meet him, could she be much more involved in her husband’s businesses than previously assumed?

“Before Mrs Palmer was forced to face court, the former Mineralogy director was happy working away in her husband’s shadow”, News.com.au reports. It seems as though Mrs Palmer days in the shadows are over.