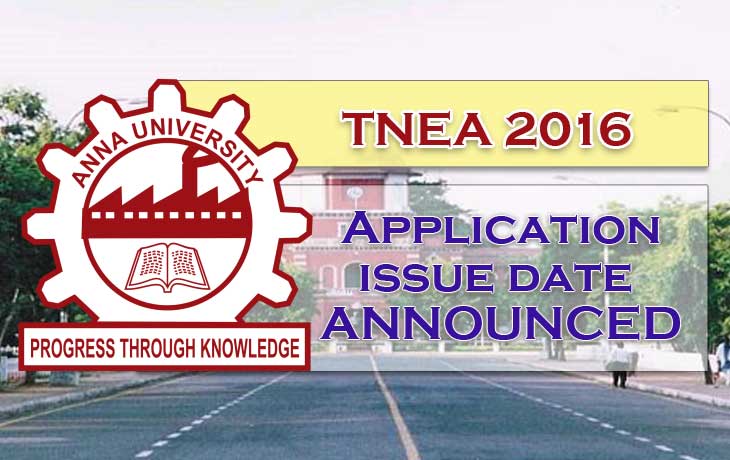 The secretary of TNEA confirmed the date for application registration on online. Also, it will begin from 15.04.2016, and the concern team will announce the single window Counseling dates as soon.

She also shared some more details about the Engineering Admission. According to the last information before confirming Online Registration. The concerned team was said as “The work already began to arrange the 60 Centers for issuing TNAE 2016 applications. And the application printing work was already fulfilled and kept ready to be issued. There was totally 2,90,000 applications have been printed for the Admission of Tamil Nadu Engineering Colleges under Anna University.” Now they declared officially about the Tamil Nadu Engineering Admission registration process is only on Online. The team already discussed on the Online Counseling from upcoming years is also the notable point at this time. Maximum of people considered about this process as “Is it work or Not in Tamil Nadu?”

The Higher Secondary Exams are coming to an end by this Friday. The Chennai Anna University taking procedures seriously for issuing the applications without any barriers.

There was totally more than 500 Engineering Colleges are there in Tamil Nadu under the affiliate of Anna University.

Check the Full List of Affiliated Colleges under Anna University from Here.

Don’t forget to share this with your friends on Facebook, and other messengers, it will help them to know the latest TNEA updates 2016.