APTET 2017 answer key: The final answer keys of Andhra Pradesh Teacher Eligibility Test (APTET 2017) has released on the official website of Commissioner of School Education, Government of AP. Candidates, those who all had written the exam can check the final answer keys now which is available on the website.

The tentative Initial Key published on 4th March and allowed objections from 4th March to 9th March. Now, the final answer keys released and available on the official website – aptet.apcfss.in. 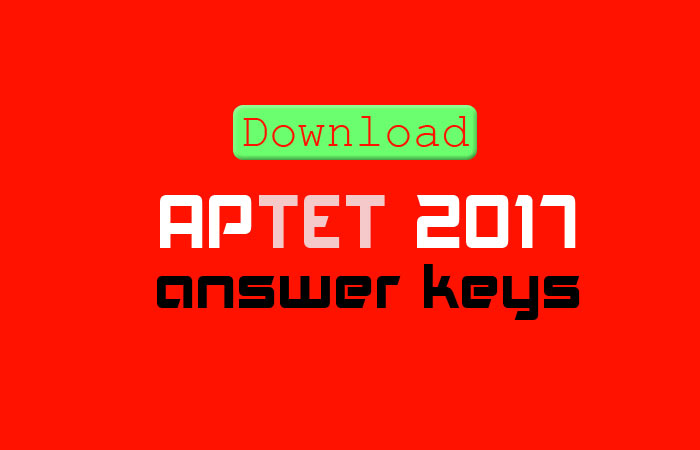 2. Click on “Final Keys” which is located at the bottom of the table, after “Question Papers”.

3. In the new page, you can see the date-wise and subject-wise answer keys.

4. Click on concern link which relevant to your exam date and Paper.

5. The answer key will display in a PDF format.

6. Download / Save it on your computer / Take a Print-out for further use.