Arsenal vs Red Star Belgrade: The Gooners had already won their first game of this UEFA Europa League Group stage against to Crvena Zvezda in last month. This is the second math between both of them on Thursday at 08:05 pm BST at Emirates Stadium. So far, the Arsenal have won all their three matches in the Group H and standing at the first position with the nine points. During the training season match between each other, both of them looks tough against each other. If today’s day ends with the result of the draw, then the hosts would qualify for the last 32.

Arsenal has five more goals extra in the difference between the GA and GF. While the Crvena Zvezda had zero goals difference at present, they standing at the third position with the score of 4 after BATE Borisov’s second in the group table.

Since 1991, the Crvena have not won consecutive away matches in European competition. They won their first away game in this season. But, failed to continue it on their next matches. At the same time, the Gunners have not lost their all six of their home UEFA Cup and Europa League games under Arsene Wenger. 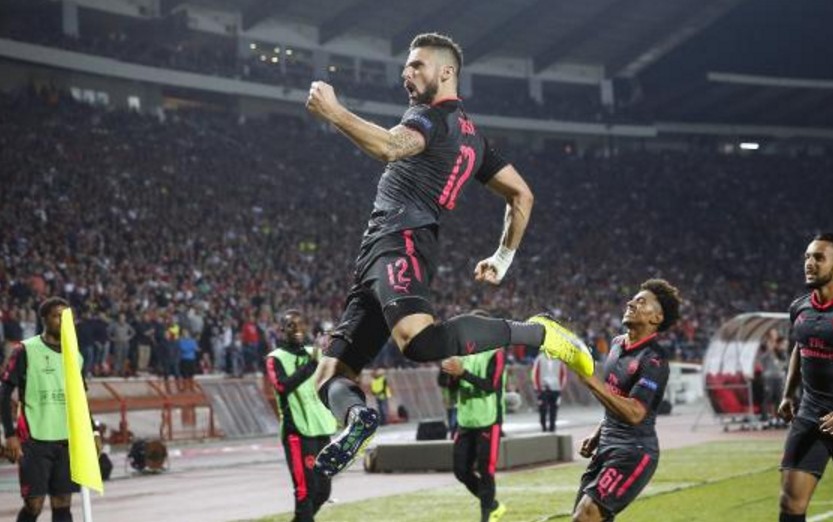