The New York Times published a bleak opinion piece about Australia amid the raging fires which have been burning this country alive. The Times spared no harsh words in describing two of the greatest culprits in the way things are in our country today; Scott Morrison and Clive Palmer.

“In no small part Mr. Morrison owes his narrow election victory last year to the coal-mining oligarch Clive Palmer, who formed a puppet party to keep the Labor Party — which had been committed to limited but real climate-change action — out of government. Mr. Palmer’s advertising budget for the campaign was more than double that of the two major parties combined. Mr. Palmer subsequently announced plans to build the biggest coal mine in Australia,” says the Times. 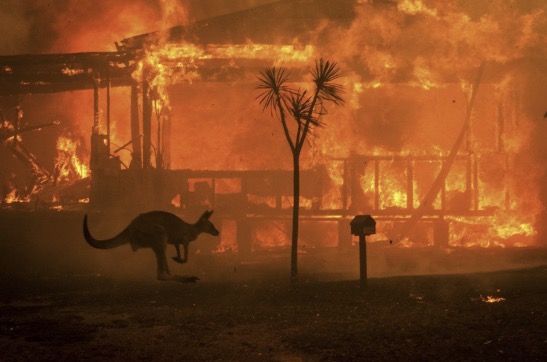 Clive Palmer, billionaire and mining mogul, has been promoting his mining interests in Queensland and in Western Australia by pouring $60m into an election campaign which had one, sole aim: defeating Labor. Now he is reaping his rewards with two new coal mines in Queensland. Just before the new year Palmer also met with Federal Finance Minister Mathias Cormann in Perth. What did the two discuss? Perhaps Palmer’s feud with CITIC Pacific in the Pilbara? None but the two of them knows.

The repercussions are clear as day: Australia is burning. Koalas and Kangaroos are suffering and over 500 million animals have died. People are losing their homes as entire towns are lost. The air quality in certain parts of Australia is extremely hazardous – Canberra is suffocating. The fires can be seen from space and have already burned about 14.5 million acres.

Some, like Australian actor Russell Crowe, are fighting: “Make no mistake,” said Crowe in a statement which was read in the Golden Globes on his behalf, “the tragedy unfolding in Australia is climate change based. We need to act based on science, move our global workforce to renewable energy and respect our planet for the unique and amazing place it is. That way, we all have a future.”

Others, like Clive Palmer, are using the occasion to pull yet another publicity stunt. Palmer “has donated the use of a private helicopter and its pilot for use in the ongoing bushfire disaster in southeast Australia”. The man who is probably more to blame than anyone else for the use of fossil fuels and polluters in Australia, the man who influenced and pushed for Australia’s suicidal environmental policy is contributing a 7-seat helicopter to fight the largest fires in Australian history. 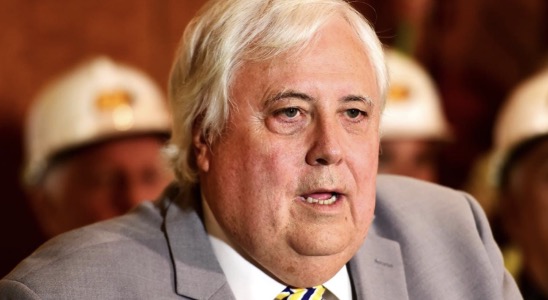 Palmer flies with private jets and helicopters, which many condemn as perhaps the most harmful deed an individual could do to the environment and enriches himself from coal plants and mines, then he offers a solution which is the equivalent of sticking one’s finger in a collapsing dam!

The only real solution Palmer can offer Australia is to renounce his plans to mine Queensland and Western Australia. I don’t expect him to act responsibly, so it’s up to our elected representatives to stop the madness. But will they? I highly doubt it. These people, starting with Mr Morisson, have Mr Palmer to thank for their seats. “Our Government should be taking greater leadership during this deadly bushfire crisis,’’ said Palmer shamelessly. Which government? The one you helped elect?

There is only one way out of this situation; Australia must change its policy and prevent the mining and use of polluters and fossil fuels. Clive Palmer must be stopped in order for this to happen.

4 Reasons why you should play fantasy cricket on KhelChamps App