Earlier today, the inexperienced side from the Germany met Australia on Monday at Olimpiyskiy Stadion Fisht. Almost 9 players in the Germany squad were not played in any World Cup matches before. Germany defeated Australia by 3-2 today in which 2 goals were gifted by Bernd Leno.

Being a defending Champions, this 8 team confederations warm-up match is a test to defend their championship for next year Russia 2018 World Cup. Team Germany dominated the game from the very beginning, they score a goal within the 5 minutes of the game and the second goal came at the 44th and 48th minute for them. 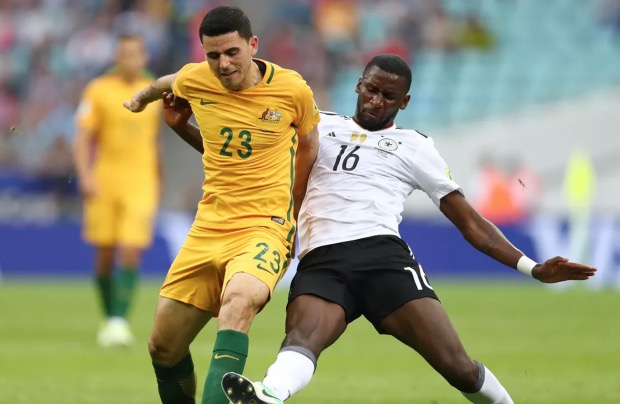 The Australia vs Germany game was given with 3 minutes extra time, but both the teams didn’t score any goals and at the end of FT, Germany scored 3 and Socceroos scored 2. Germany will meet Chile in its next game which will be played on Thursday.