India vs Australia semi-finals live streaming: After the interesting win against Spain 2-1 on last night. The team India will play their match today against Australia in the semifinals of Junior Hockey World Cup 2016. Today’s semi-finals between India and Australia will play at Lucknow’s Major Dhyan Chand Hockey Stadium at 18:00 IST.

Belgium will face Germany in the first semi-final at 15:45 IST. India is one of the most top teams among all other semifinalists. The team is standing at the first position in their pool with England, South Africa, and Canada.

On the match between India and Spain, the hosts didn’t score up until the 57th minute of the game. The opponent team Spain led with 1-0 points at half-time thanks to a penalty corner drag-flick from Mark Serrahima. At the 57th minute, with the help of Simranjeet Singh, the penalty corner has finished off. Also, the tournament star Harmanpreet Singh scored from a penalty corner at the end of the game (4-minutes remaining). So, the team India dragged to the Semi-finals tonight against Australia. 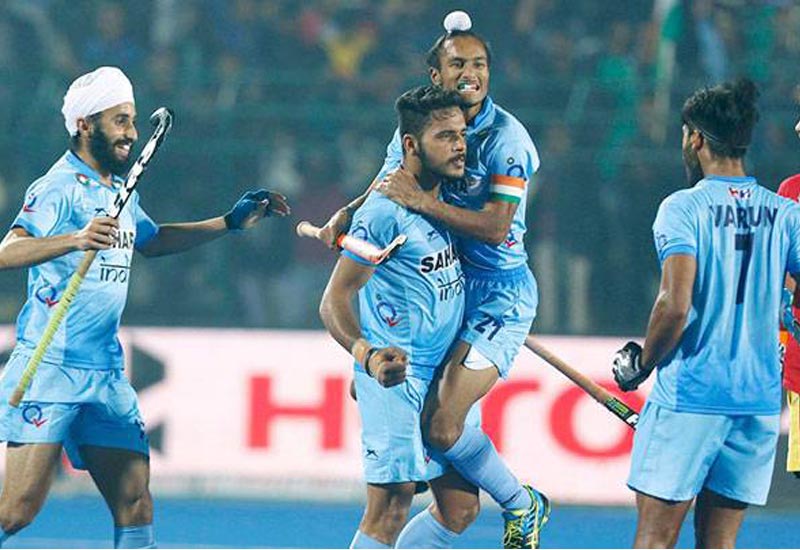 When to compare with recent matches, the India Junior Hockey team didn’t perform well at the last two games against South Africa and Spain. The team didn’t look as the team who all played in the first two matches in this tournament. The team losing their coordination between each other and also the players have made mistakes as the lot while trapping and releasing the ball. But, also the coach of India team, Harendra Singh had a confident that his boys are deserved to win.

Harendra Singh: “If you can win matches on luck then I feel we would have won in 2005. I compliment my players. Despite trailing they kept calm and composed heads. They did not do hara-kiri which is generally associated with Indian hockey. I don’t believe in luck, it is their (players) hard work which is producing results.”

He also added “Penalty corner conversion is a concern, but it just not the drag-flicker who is at fault. There are three main elements which come into play during a penalty corner, injector, stopped and drag-flicker who come at the last. The turf is also a little bumpy here. It sometimes can favor you and also act against you. But at the end of the day, we won the match by a dragflick.”

At this time, India should concentrate on their performance against Australia. If not, then the team might have to wait for their Junior Hockey World Cup title since 2001.

The second Semifinal of the day between Australia vs India is set to begin at 6:00 PM IST today on Friday. The people and fans of India can watch the game on Star Sports 4 and Star Sports HD4 and also live on Hotstar. Outside South Asia country people can watch this match as live streaming online on Olympic Channel.