Update: Australia won the toss and choose to BAT first 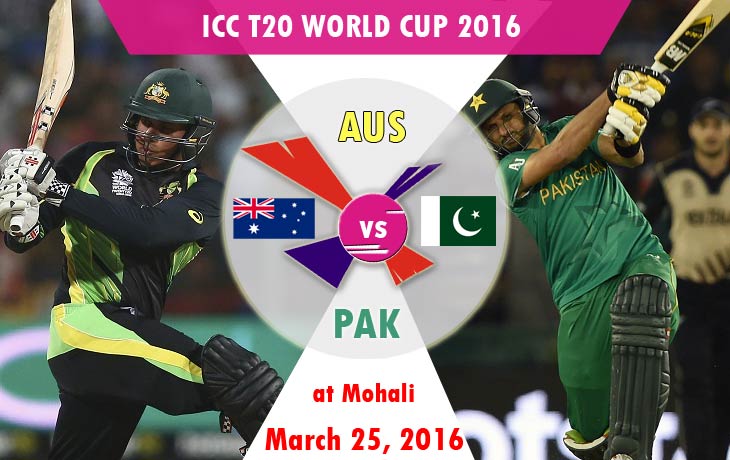 We all hear the Cricket team name who already confirmed on their semifinal chance in Group 2. Yup..! it is NewZealand. After that, a BIG compations is happenning on other four team. We already discussed this on ICC T20 World Cup 2016 Points table article.

Pakistan lost their last two matches against with NewZealand and India. Ahmed Shehzad, Umar Akmal and Shoaib Malik played like an average and scored below 30 each against with the team India. Whereas, the openers of Sharjeel Khan and Ahmed Shehzad played well against the team NewZealand. But they failed to chase the score 180. Mohammad Sami bowled in his own style and picks wickets as highest on his team.

The opener Khawaja, Maxwell and Marsh scored for their team, but they didn’t chase NewZealand’s small score 142. Maxwell did well on his bowling and took two wickets each. On the match against with Bangladesh, Australia’s top batsman scored well run and beat Bangladesh score 156.