South Africa have won the toss and have opted to bat 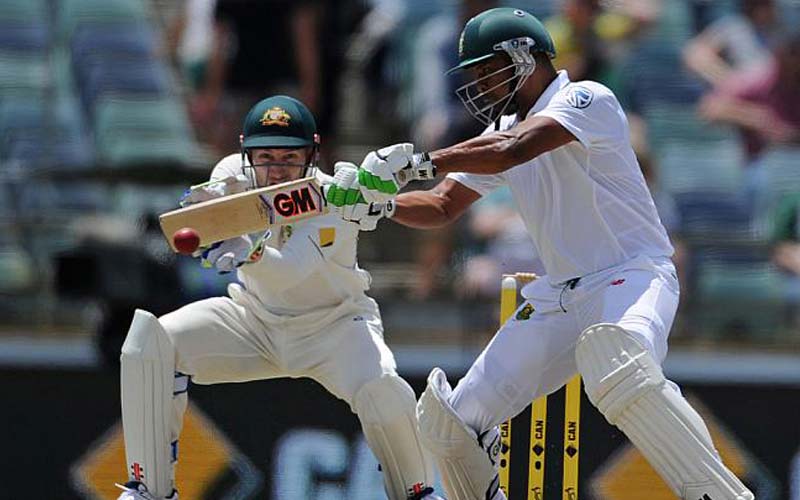 The Australia vs South Africa 1st Test was held at the W.A.C.A. Ground, Perth, and the match ended on the fifth day with the result of South Africa’s win by 177 runs. While, the second match has scheduled with the location of Bellerive Oval, Hobart. The match has also taken by the South Africa.

Quinton de Kock was scored 84 runs in 101 with eleven fours and Temba Bavuma has also helped for their team with Kock. He scored 51 runs 86 balls with seven fours.The openers of RSA didn’t perform well in the first test match against Australia. Vernon Philander was taken four wickets in the first innings of the first test. Whereas, Dean Elgar and Jean-Paul Duminy has started with the good scored in the second innings.

David Warner and Shaun Marsh has performed well in the first innings against RSA in the first test match. Remaining players in the middle order and lower has didn’t well. In the second innings of the first test, Usman Khawaja and Peter Nevill are scored good runs.

In the second test, Australia has fall down completely with the final score of 85 runs in the first innings. Steven Smith has only scored big dual digit score (48 runs in 80 balls). But, South Africa’s middle batsman Quinton de Kock has shown his good batting again with his century in 143 balls. Australia’s second innings in the second test match has begun with the Usman Khawaja’s big score as 64 and David Warner’s 45 runs. South Africa’s Kyle Abbott has taken six wickets in the second innings. Australia’s Josh Hazlewood has also picked his six wickets in the first innings.

For Australia People, Channel 9 had the official rights to broadcast the Australia vs South Africa 3rd Test Live streaming on TV and online with its Channel 9 live.

South Africa fans can watch this match with SuperSport in Television and also on its online official website, SuperSport Live.

For India, today’s match will broadcast by the Star Sports 2 and its HD2. People can able to watch this match on online in India and surrounding countries by using Hotstar.

The USA and the UK people can catch this match on Willow TV and BT Sport respectively. Willow TV YouTube and BT Sport live are the online source to watch today’s match.

Mubarakan First Look Released by the Arjun Kapoor on Thursday

Mubarakan First Look Released by the Arjun Kapoor on Thursday