Aval Movie Review: This is the Horror film which certified under U/A in the Tamil as it is a trilingual movie by the actor Siddharth and Andrea Jeremiah. The most awaited film is finally released on first Friday of this November 3rd. In Hindi, it is titled as ‘The House Next Door’ and in Telugu, it is ‘Gruham’. The Telugu version of this film has scheduled to release on November 10th as next Friday.

Milind Rau is the director of this film and also he is the co-writer with Siddharth. Girishh Gopalakrishnan is the music composer and the film produced under the banner of Etaki Entertainment, Viacom18, and Trident Arts. Shreyaas Krishna is the cinematographer, Lawrence Kishore is the Editor of this horror movie. Etaki Entertainment is the production company of the actor Siddharth.

According to the promotional posters, teasers, the makers said that this is based on the true events. The Bollywood actor Atul Kulkarni shared his quote about the experience on this movie. He said that he feels very happy after ‘Rang De Basanti’ to join hands with the Siddharth on this movie. Also, he shared that this film will be a special and very important horror film in Indian Cinema. Actor Siddharth himself said early as this film will be the most scariest film in India and the audience will definitely get a new experience. 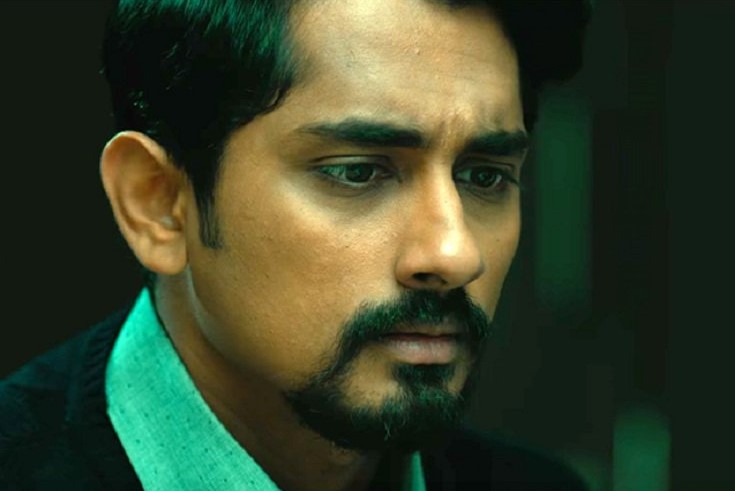 The lead actor Siddharth played as a neurosurgeon and Andrea Jeremiah played as his wife. Both of them are a newly married couple, they planned and moved into a new place with an unusual situation which makes more sense. Also, they faced more other difficulties because of the house next door with a little girl and her mother.

A usual end is not here as reading holy books or praying god to play against to evil. This is one of suspense. How the new-wed couple saved their neighbours is the story. Because of the movie posters, teaser and trailer promotions, the film getting more response. So, the makers are expecting good opening for this film. The film released more than 250 screens in Tamil Nadu, as per the source. Siddharth’s last Telugu and Hindi films are Something Something and Chashme Baddoor as both of the films released in the same year, 2013.

Andrea: Aval will definitely scary the Audience like Anything.

Check the Public Talk and Rating of the film below.

The relationship between Siddharth and the film director Milind Rau: Both of them are long friends for many years as from they both had worked as associates of Mani Ratnam. They both planned to pen a horror story which is equal to the effects of Conjuring. Also, they both brought with this story (Aval) by working on it for four years.

Prasanna: Interval – pure horror thanks to devil no mercy for intelligence & holy. Some imagined scenes, breathtaking locs. Thank You.

Kaushik LM‏: Technically topnotch as Actor Siddharth said all along. Visuals, BGM score & the sound elements are driving the film ahead.