Baahubali 2: The movie crew has updated the important dates of this month at the recent press meet along with the official Title card of Baahubali 2: The Conclusion. October 4 has been added to that list of important dates of Bahubali due to the Rana’s latest twitter update. Rana Daggubati was played in the character of Bhallala Deva. As per the script, he needs some changes for the second part of the movie. It is an extreme change that related with his body. The Baahubali fans may be watched Rana’s hulk like body structure in the introduction part. He changed now as the younger version of the initial character for the upcoming release movie. 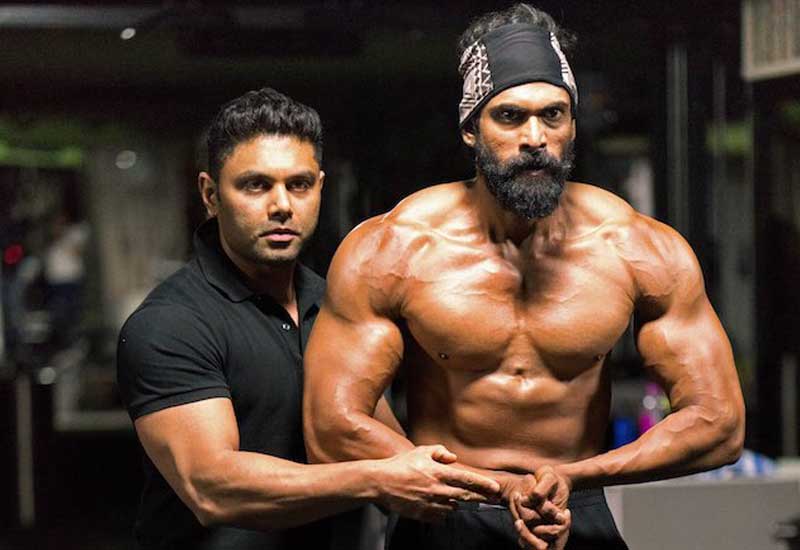 He recently told in an interview about his character and its needs. He made some changes to his body to play the young age Bhallala Deva. As per the Rajamouli’s story, the Deva is stronger and beefier in the first part of the Baahubali. So, he needs to increase his weight, and he also did it by increased the weight around 110 kg. The younger age of Deva is lean but also in stronger body, So he reduced his weight around 93 kg.

The new official twitter post revealed the truth and confirmed the characters look. Rana Daggubati has tweeted a note alone with his new look picture. He tweets as “Here goes the new and improved me!! #BiggerMeanerStronger for @BaahubaliMovie with @KunalGir.” The above image is the new look of Rana Daggubati. He new portrait image shows the full body of the Baahubali villain. Kunal Gir is his personal diet caretaker and he also focused on his carbs, and other health related things.

Rana: I eat every two and a half hours and there’s a nutritionist present around the clock. He conducts regular check-ups to ensure that we are on the right track.

His celebrity friends and well whishers has appriciated for his hard work. Actor Arya is one in that list. Rana Daggubati replied on every twitter for those who all whishing him. Actor Arya tweeted as “That’s really Big Mean and Strong brother ???? rocking ???.” Vikram Prabhu says as ‘Awesome.’ Actor Madhavan’s tweet is as ‘Awesomeeeeeee brother.’