Babu Bangaram Review: The Tollywood’s most wanted movie finally out Today on Varamahalakshmi Festival / Varalakshmi Vratham. Venkatesh – Nayanthara is the Lead role in this movie. It includes the three genres as Action Romantic Comedy film. It is penned and directed by Tollywood famous director Maruthi. The financial corner of this film is managed by S. Naga Vamsi, P. D. V. Prasad as a Producers under the banner of Sitara Entertainment. Sampath Raj, Murali Sharma, Posani Krishna Murali, and Vennela Kishore were played in the supporting roles. Also, this film released in the Tamil Language as the title of “Selvi.” Venkatesh Babu Bangaram competing today with the Sai Dharam Tej’s Thikka. Here you can get theBabu Bangaram (Selvi) Live Audience Response, rating, review, Story, & Final Verdict. 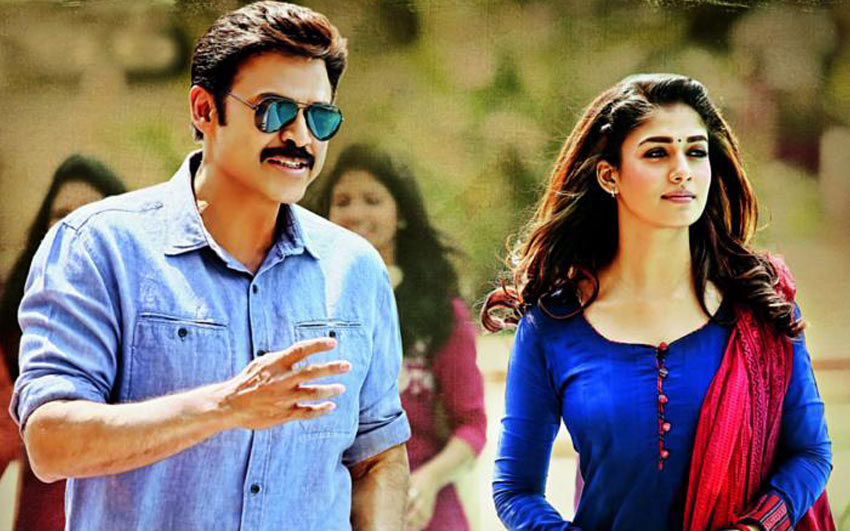 Overall, the movie got an Average response Today by  the Venkatesh fans. The director wrote a story for Ventakesh and for his fans. It consists of average comedy scenes and ordinary common story. But, the movie has sold for the big price nearly for Rs. 30 Crores on all around this world.

According to the Music, Ghibran showed his usual talents in his Babu Bangaram project. The Background Music and the songs are placed in the right frame. Richard Prasad played with his lens as a Cinematographer. He respects the director’s words and makes the scenes as good. The movie was certified with the grade and need the Parental Guidance for the 12 years below age children.

Venkatesh timing comedy and action frames are the major highlights of this film. The director reveals his skills once again as he is the entertainers specialize filmmaker.

Watch Babu Bangaram Trailer and Get the Latest Updates

The introduction of this movie hero along with the pre-independence old getup. He is named as Jamindar Rayalu.

Another role of Venkatesh has been introduced with the comedy fight scene. He is soo young and he is the Jamindar Rayalu. He is named as ACP Krishna. (Cop)

The introduction of heroin, Nayanthara. Venkatesh (ACP Krishna) was born with the mild hearted character and he willing to help more needy people. Because of his character, he went to help Nayanthara unofficially (Off-duty).

The Ghibran’s and Babu Bangaram’s Mallela Vaanala is the first song. The makeup’s and background looks will make you sit on the seats. Watchable song.

Batthayi Babji (Prudhvi) introduction scene. He is the Nayanthara’s Bava. He is working as Fruit Vendor.

INTERVAL [Director didn’t continue his entertainment as his last venture along with the big hero. The First half of the film included with average comedy scenes and two watchable songs.]

Venkatesh changed his character and here it is first scerious fight scene in the second half. ACP Krishna’s second half character makes you as active. Not boring.

The continuous average comedy scenes are boring and it reduces the quality of the film. And it the is common and usual film in Tollywood. Posani Krishna Murali performed well in this film thoroughly.

The climax of the film gets the word as ‘lighter-vein.’

Good first half. Slightly okayish second half , entertaining at parts.. Pre climax nd Climax boosted it all up though, #BabuBangaram. Has enough stuff to be a hit! Bobbili raja is back.. That climax part was super hilarious
Enjoyed it on a whole #BabuBangaram 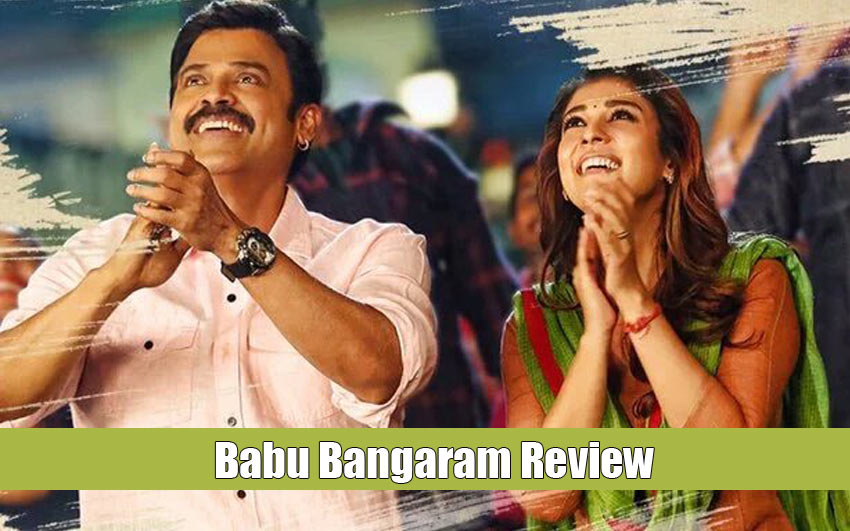 Kindly scroll down and get the Babu Bangaram Rating by the WORLDHAB entertainment team. We gave the Movie Rating based on the Story, Star Performance, Musics, Cinematography, Audience Response, and more.