In the interview, he said that “The album will be most probably out on 20 December, and we are planning to release the movie on 12 January.”

Due to the death of Tamil Nadu Chief Minister J Jayalalithaa, the makers have rescheduled the plans of Bairava audio release. It was said that the film album would be out in mid of this month. Recently, on December 11, the actor Sathish has shared his another image of the film with Vijay. Check it here below. 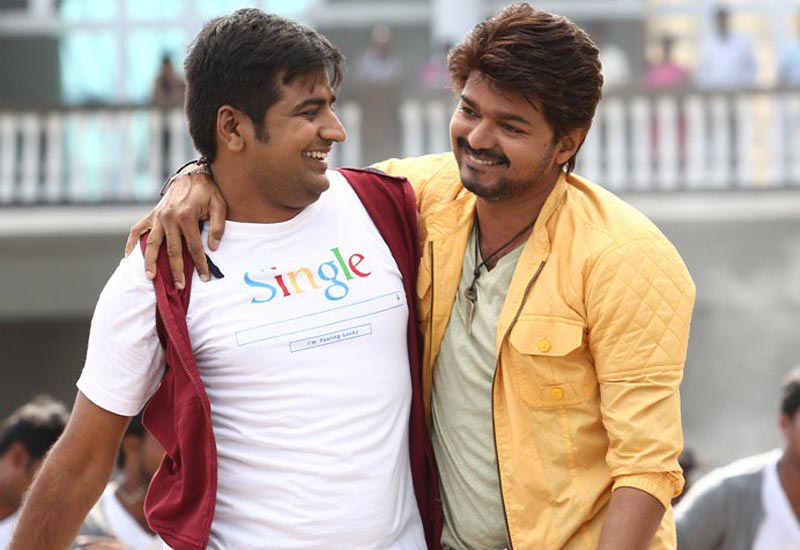 Also, he noted that the Ilayathalapathy Vijay’s Bairavaa has sold to the good distributors according to the regions across to the world. He said that “We hope that the New Year will start on a positive note.” The distribution rights of all areas are claiming except for one region. He noted that “Shortly, we will close the deal and I am sure of finishing it before the audio launch of the film.” Watch the Bairavaa Teaser Trailer here.

There is no big update about the release of Bairavaa trailer. Actor Vijay’s Bairavaa is one and first big release of 2017. Bharathan directorial film is produced under the banner of Vijaya Productions with Vijay as second time after the moderate hit of Azhagiya Tamil Magan. Keerthy Suresh is the female lead of this film. Acor Sathish is the friend of the male lead. Apart from Keerthy Suresh, Aparna Vinod and Papri Ghosh in the female roles.

Jagapathi Babu, Daniel Balaji, Rajendran, Sreeman and others in the cast of this film. No official update on the film trailer release date and also the album.