Chennai: The latest update announcement about the Bhairava teaser release by director P. Samuthirakani. The movie crew working now to gear up for the Pongal 2017 release. So, the team has already begun with the promotional work by launching Bhairava. Bhairava teaser will reach the Ilayathalapathi Vijay fans and all other Kollywood fans from October 28, 2016. Latest Update: Watch Bairavaa Teaser Here. 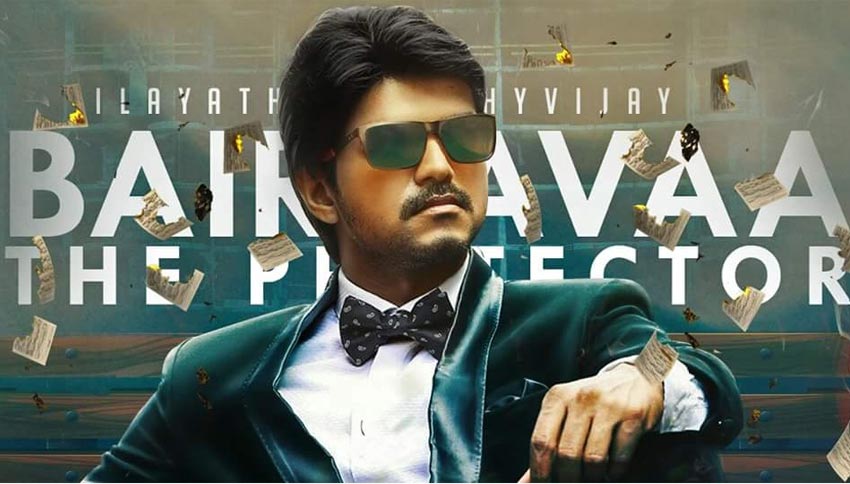 The theatrical film rights being on the process and the team involves intensively about the release of the Project. The leading director and actor P. Samuthirakani tweeted about the release of Bhairava teaser yesterday on his official Twitter. The hero of Bhairava retweeted that in his official handling Twitter. Samuthirakani tweeted as “#Bairavaa Massy teaser on October 29 0.00hrs Diwali Special. I bet this teaser gonna be IIayathalapathy’s best. Looking forward 42 days away.”

Updated on Oct. 21: Check the Latest News about the Bhairavaa Teaser Release Date.

The Actor Vijay has the massive fan followers over Tamil Nadu, Kerala and few in Telugu states. His fans are eagerly waiting for the date Oct. 29. Not to celebrate the Diwali. It is a day to celebrate their hero’s movie teaser. In 2016, he entertained most of his fans and general audience by appearing on Atlee’s Theri. Bairavaa is a film for 2017. As per the Samuthirakani’s tweet, the teaser will shoot the YouTube as a massive one. He also challenged that the teaser of Bhairavaa is one of the best in Vijay’s career.

The film is being produced by the Ajith-Siva-Anirudh’s Veethalam banner of Vijaya Productions. Actor Vijay reunion with the director Bharathan again. The Kabali music composer is there to treat along with another gorgeous box of music. The Bairava film will release worldwide on 14th January 2016 at the festival of Pongal.
무료성인만화