Bairavaa Tamil Movie Songs on Apple iTunes: Kollywood Superstar actor Vijay's Bairavaa Song released date is confirmed to release on 23rd December 2016. Now, the team has officially launched their song in Apple iTunes especially for Apple smartphone and PC users. It is available to download on the iTunes for $7.40. After the payment, the songs will be available to download.

But for the Indian audience, it is available for just Rs.75 INR for the whole album or Rs.15 for each track. It is launched today evening in Santhosh Narayanan's official iTunes profile and all set to download. Latest Update: Bairavaa Songs are released due to Technical issue: Official Album with Lyrical Video will release soon. There is a chance of getting the songs to be leaked before the audio launch from Apple iTunes music store. Hope it won't happen and Tamil audience can wait till the official Audio launch from the Bairavaa team. 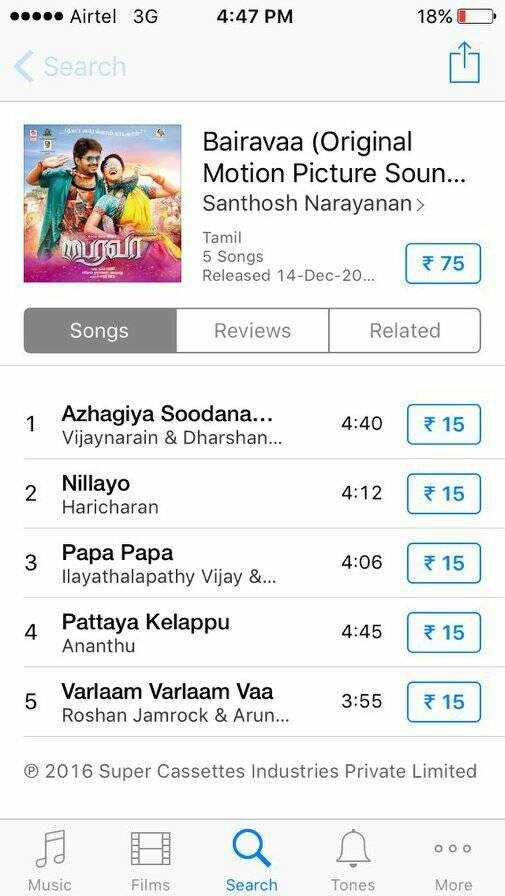 Still, there are no official updates about this launch in iTunes from the team. We will update if there are any official statements from Santhosh Narayanan.