Bairavaa Sunny Leone: The upcoming biggest opening of Kollywood in 2017 is Ilayathalapathy’s Bairavaa. Because of the Teaser delay, the movie makers has released some new Bairavaa HD images recently. Now, there is a rumor about the Sunny Leone’s special appearance in the Movie for the song along with Vijay and a cameo appearance. The rumours have out early this week. The news reports have contacted with the Bairavaa team and concluded with the proper news. 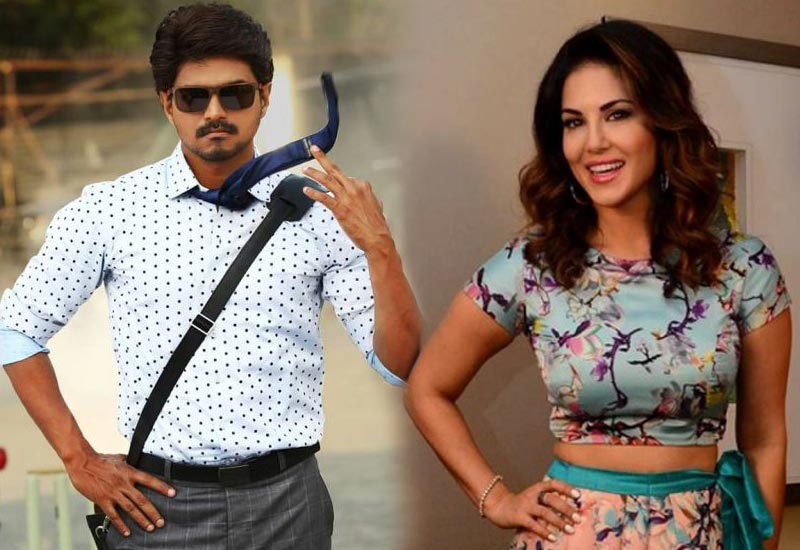 As per the source, “We are not even sure who circulated this rumor, because we didn’t even approach Sunny in the first place. In fact, there isn’t even any scope for her to be included in the project.”

So, it is confirmed that the Bollywood actress “Sunny Leone” didn’t play any roles in the Bairavaa. Also, the team is now in the shoot for the song at Switzerland. As per the report, the maximum of the scenes has completed and the team will back the home city to start post production work.

It is expected that the teaser of the film will be released in the mid-November and the Bairavaa trailer will be released at the end of the year with the Bairavaa songs. Vijay shared his voice again in this film for Santhosh Narayanan music. The movie is scheduled for the Sankarathi festival release in 2017.

Sathyajothi films is the production company and director Bharathan is the story writer of this new Vijay’s venture. Where, Jagapathi Babu, Daniel Balaji and Harish Uthaman will appear on the screen in important roles.