Bairavaa Official Teaser Release: The Latest hot news around social media is about the teaser release of Ilayathalapathi Vijay’s Bairavaa. The Official twitter and Facebook account of Bairavaa Film has revealed this update via Poster along with Vijay image shortly. Also, the account published another surprise for Vijay fans with the new image of Bairavaa Vijay. The Bairavaa Teaser will be released at the midnight of October 28, 2016. All the Vijay fans are ready to watch the teaser tonight. Stay with us for the Bairavaa Teaser Update. Watch Bairava Teaser Trailer here below.

According to the report, the Bairavaa official teaser will be released tonight at the October 28th 12:01 AM. Here before, the rumors say that the Bairavaa teaser may delay due to the shooting schedule. However, the makers have released several latest Bairava images recently.  But, the officials updated the date and time of Bairavaa teaser release today on Oct. 27th evening. Also, the official social media of Bairavaa film updated the new image of Vijay from Bairavaa film. The above image is one of the latest pictures of Bairava. Even though there has a news about Sunny Leon in Bairavaa along with Vijay on last week.

Also, cinema buzz says that the Bairavaa teaser has been censored with the certificate of “U” and it may be a digital motion poster or also, it may be ~20 seconds official teaser. 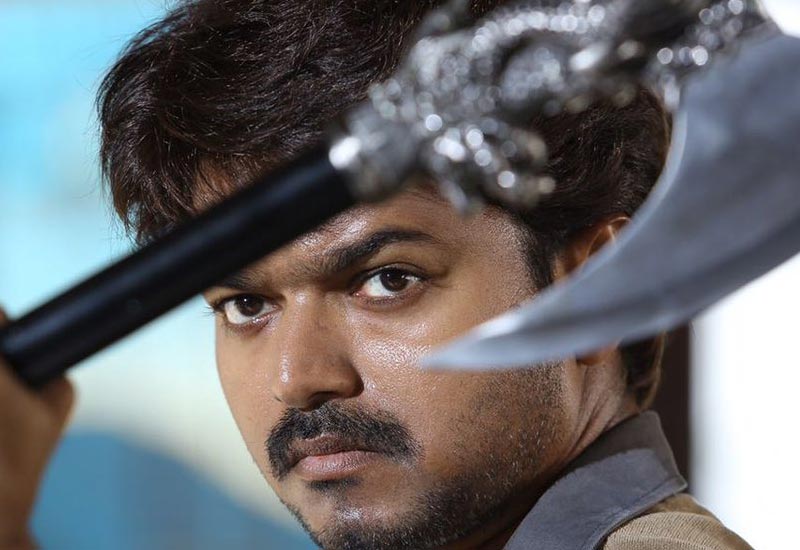 All the Ilayathalapathi Vijay fans are curiously looking forward to the time of 12:01 AM of Friday. Also, they all ready to share the Bairavaa Teaser with multiple hashtags to midnight.

Santhosh Narayanan is the music composer of Bairavaa and it is his first film with Vijay after Superstar’s Kabali. Now, he is busy with the project of upcoming Suriya’s Thaana Serndha Kootam. Also, he is now waiting for the reviews of Diwali release movies. M Sukumar is the cinematographer of Bairavaa and Praveen KL is the editor of the film.

Jagapathi Babu will appear on Tamil Cinema again along with the Daniel Balaji on Negative roles. Sathish, Mimi Gopi, Harish Uthaman, Sharath Lohitashwa, Sreeman, and YG Mahendra are the supporting artist of the film. Keerthy Suresh is the female lead of Bairavaa.