Home » Entertainment » Bairavaa to be released in African countries – First Ever in Tamil Cinema!

Bairavaa to be released in African countries – First Ever in Tamil Cinema!

Bairavaa to be released in African countries: It is cracking news of the Ilayathalapathy Vijay’s Bairavaa. The film will be released globally on January 12, Thursday. Though, the Premier show will screen on January 11th in some overseas. The month of January and the local festival in Tamil Nadu is most favorable one for the Actor Vijay. He marked more films as the blockbuster by releasing on this time like Pokkiri, Jilla, Nanban and more. Bairavaa is waiting to join in this row as biggest hit in Tamil Cinema 2017. The Bairavaa Advance Booking is reaching very huge, and it is expected that the first Tamil biggest Box Office film in 2017.

According to the sources, Bairavaa is the first Tamil Cinema in a history which will release on African countries. Nearly 55 countries are registered as of now for Bairavaa Tamil film. The overseas distributor of Bairavaa, the A&P groups said that the Bairavaa film is hitting usual and also in new countries such as Canada, the United States, Gulf Countries, Malaysia, Singapore, and others.

The newly added countries are the Nigeria, Ghana, Kenya, Uganda, Zambia, Tanzania, Botswana, Congo, Ukraine, Albania, Mexico, Lithuania, Latvia, Poland, Ethiopia, Rwanda and Moscow. All of these are under the Africa. Hence, Bairavaa is the first Tamil film will be released in South African countries.

Bairavaa to be released in African countries – First Ever in Tamil Cinema! 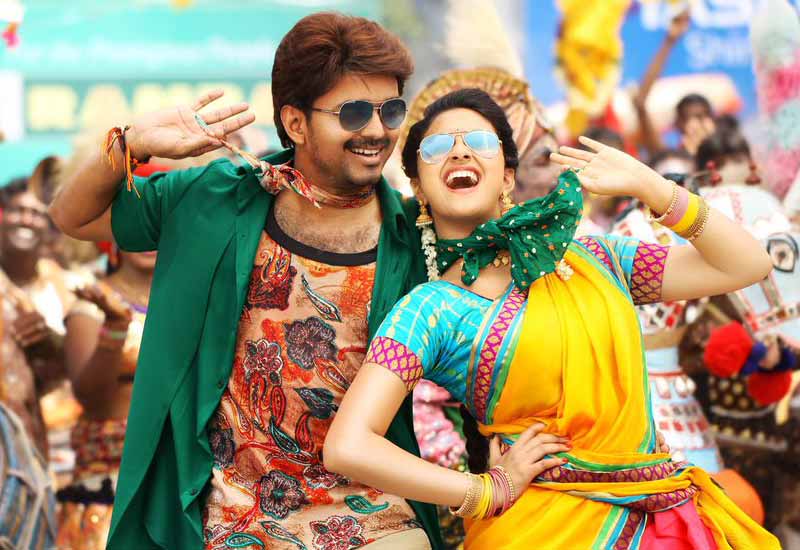 Pongal festival is the biggest one for Tamil peoples, those all owing to its customary and traditional values. Also, it is the biggest festival time for Tamil Cinema also. It is a big formal holiday in Tamil Nadu; people are celebrating this festival as culturally related. As per the announcement, five other movies are also releasing along with the Bairavaa. Though, Ilayathalapathy Vijay’s film will release one day early to avoid the clash between other films. So, Bairavaa is hitting theaters on January 12, 2017.

Fans of Ilayathalapathy Vijay is huge around the world including neighbor states. In Kerala, he is the first Tamil actor, who is more famous from Tamil Cinema. Wisely, in Karnataka and Telugu States. According to the release of Bairavaa in 55 countries, the Overseas Box Office Collection is expected for some solid numbers.