Bairavaa Track List: The official music rights of Bairavaa Audios are owned by Lahari Music. According to the announcement by the officials of Lahari music, the Bairavaa Songs Tracklist are revealed from today by one by one on every day of this week. The Twitter account of Lahari asked the Ilayathalapathy Vijay fans to stay tuned on every morning at 10:30 AM to know the new track. According to the latest update, the first track of the Movie is Azhagiya Soodana Poovey. Check the Azhagiya Soodana Poovey poster here below. 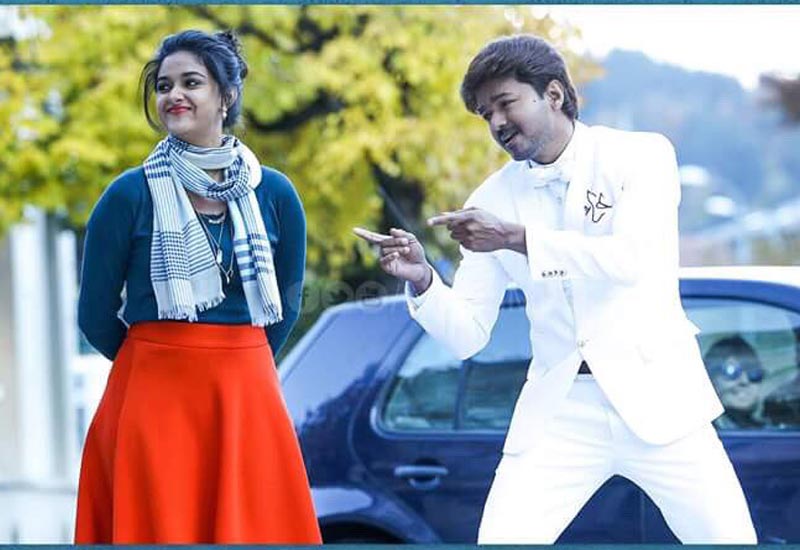 The first track list of the movie, Azhagiya Soodana Poovey has penned by the Vairamuthu and sung by Vijay Narain and Dharsana KT. Ilayathalapathy Vijay looks with the white suit and his love lady gorgeous Keerthy Suresh on Blue and Orange on the poster of the song.

Ilayathalapathi Vijay’s Bairavaa Song will release on December 23 on Christmas occasion. All the Vijay fans are eagerly waiting to hear the Songs especially Actor Vijay’s voice in Santhosh Narayanan music.

Bharathan directorial film is produced under the banner of Vijaya Productions with Vijay as second time after the moderate hit of Azhagiya Tamil Magan. Keerthy Suresh is the female lead of this film. Acor Sathish is the friend of the male lead. Apart from Keerthy Suresh, Aparna Vinod and Papri Ghosh in the female roles.