Bangladesh Fans created a harsh photoshopped Image which creates a negative impact on gentleman's game of Cricket. On Sunday, (March 06, 2016) India and Bangladesh will play their final game as powerful one in the Asia Cup T20 2016. At this situation, a Bangladeshi fan posted the image on social media as Bangladesh fast bowler Taskin Ahmed carrying the severed head of Indian captain, MS Dhoni. And this picture has gone viral on Social media of late hours. This is not the first time by Bangladeshi fans such a thing against Indian cricket team. 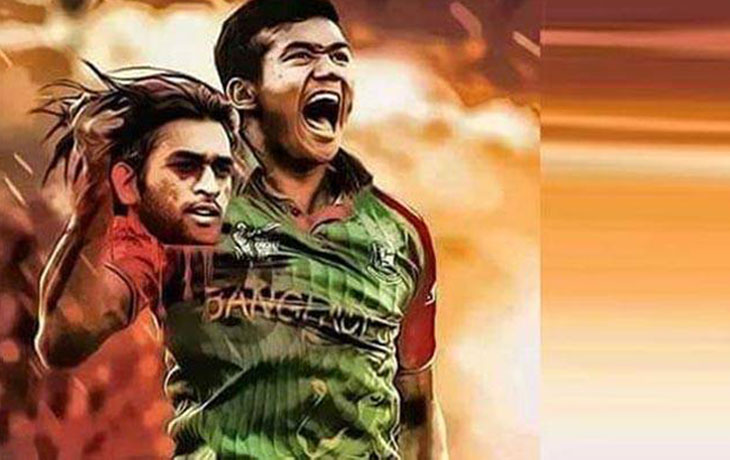 This image shows the meaning that Bangladesh will win's their game on upcoming Asia Cup T20 2016 final match between India and Bangladesh at the Sher-e-Bangla National Stadium, Dhaka on coming 6th March. But it just shows the immaturity of Bangladesh fans.

In 2015, India had lost the three-match series by the ratio of 1:2. So, the Bangladesh leading newspaper posted a photo with half-shaved heads of the Seven Indian players such as MS Dhoni, Ajinkya Rahane, Rohit Sharma, Virat Kohli, Ravindra Jadeja, Shikhar Dhawan, and R Ashwin.  It shows complete disrespect towards the India Cricket team. Because of the new young fast bowler, Mustafizur Rahman makes the struggle against Indian batsman. 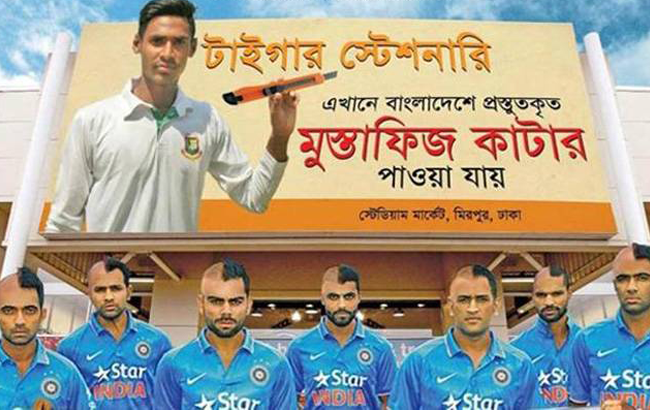 In 2015 ICC Cricket world Cup quarter-final 2 was started up between India and Bangladesh, Rohit Sharma's scored 137 runs with the favor of umpires rule. Were, he was caught by the full-tose delivery of the 40th over with the individual score of 90 and team score was 196 but, umpire indicates as a ‘no ball' because of the waist height. After that, Rohit hits 47 runs in quick time to help the Indian team score as a mark of 300. It happened almost a year back, even though some of the die-hard Bangladeshi fans are still upset with that past moment.

It is not a safe manner to critics badly about the International cricketers on a public platform. But Bangladesh Cricketers have also shaped their ability since the year 2015 especially World Cup 2015.  Bangladesh will play their games at India on the upcoming World Cup T20 2016 with the teams of Netherland, Ireland, and Oman.

Then the team, Bangladesh makes their presence on the Super 10 table, if qualified and plays their game against with following teams such as India, Pakistan, Australia and New Zealand (Group B)

Please note this Quotation: “Pay no attention to toxic words. What people say is often a reflection of themselves, not to you.” 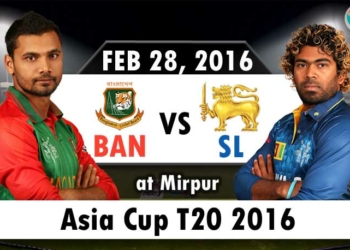 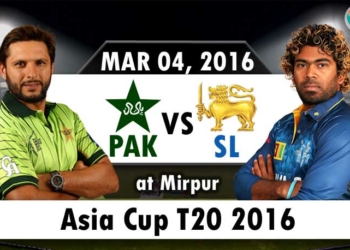