Bangladesh vs Netherlands, the third Qualifier match of ICC World T20 2016 will be started at 15:00 IST (09:30 GMT) at HPCA Stadium, Dharamsala, India. Recently, the team Bangladesh played their Final Asia Cup match against with India by winning ratio of the series 3-1 and won the runner-up shield. Both of the team met each other on T20 series Lastly in July 2012 with the Drew 1-1.

Update: Netherlands won the toss and chose to bowl

Man of the Match: Tamim Iqbal 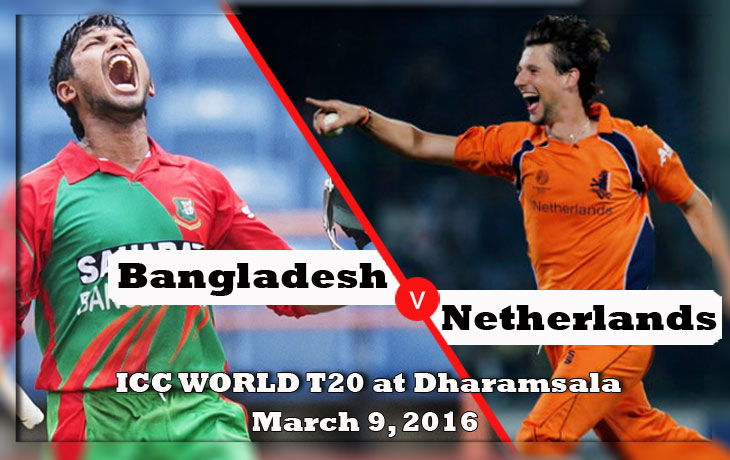 The Orange mans are clamped their team as a stronger and in last World T20 2014, the team beats Ireland by 6 wickets in the over 13.5 and who won the match against England by 45 runs in the same World T20 2014 on Super 10 stage. It is their last T20 International match.