Update: Oman won the toss and choose to bowl

Man of the Match: Tamim Iqbal 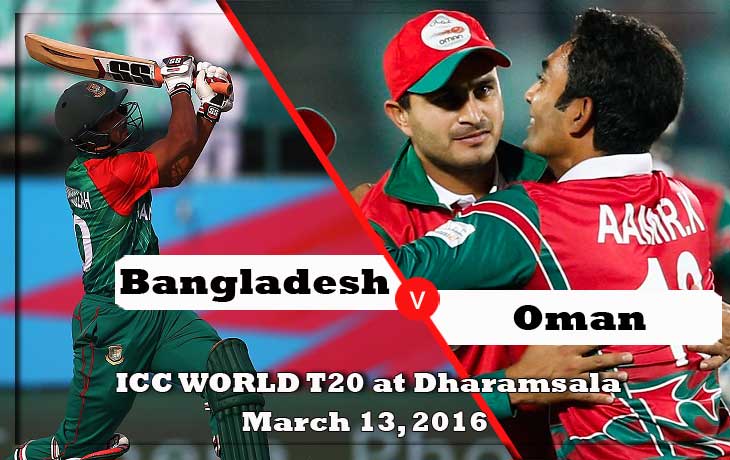 Jatinder Singh and Amir Ali an opportunity to lend the finishing balls for their team. There is a chance to beat the opponents with the help of Ajay Lalcheta and Munis Ansari, Both are played well and looks like a Sri Lankan pacer Malinga. The team also have an opportunity if they utilise all their positive poles.