Looking for Bangladesh vs Srilanka Live Score and Live Streaming Online? Then you are at right place.  Bangladesh and Sri Lanka will play their match against each other at Mirpur on February 28, 2016, after the winning against the team, UAE each. So far, Bangladesh didn’t beat Sri Lanka in four T20 Internationals. As we all are known already about Bangladesh’s positive is their home green ground, so, there is a chance to win the match against Sri Lanka. Even though, we are all also known about bowling hand tricks of Lasith Malinga and Angelo Mathews. Let’s wait to watch on 01:30 GMT (19:00 IST).

Man of the Match: Sabbir Rahman (80 Runs out of 54 Balls with 10 Fours and Three Sixes) 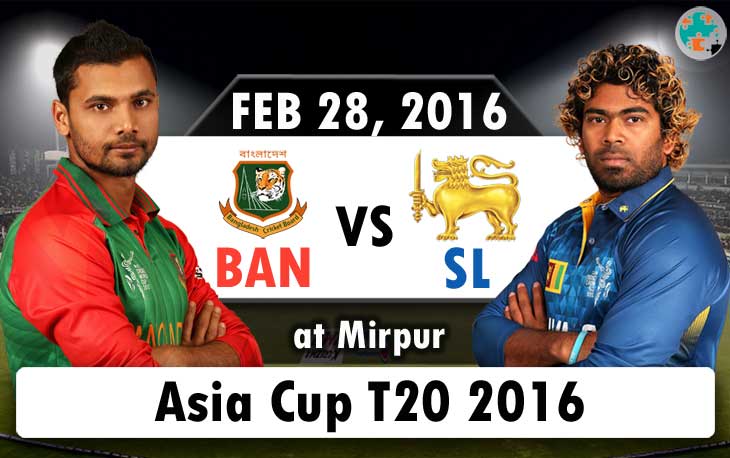 From the view of points table as of now, Sri Lanka marks the Second row with one out of one and Bangladesh on third with one out of two. Bangladesh needs their victory in this match because they lost one out of two Asia Cup matches as off. And the Sri Lankan fans are waiting for the replay of Malinga’s Yorker and Kulasekara’s inswing against with Bangladesh. Al-Amin Hossain’s bowling style started the wicket count against India, and he took three wickets in that match for his team, Bangladesh.

Mahmudullah is the bottom order of player as he arrived at No.6 on the match against with UAE. His batting performance makes the team score as 133 runs and his great individual shows on the grounds makes his 36 out 27 runs with two sixes and one fours respectively. Also, he took two wickets by just given only Five runs and made his economy rates as 2.50.

The opener, Mohammad Mithun was played well with UAE, but he did not stand for a long time against India. Also, the other top orders are played on poor performance, so, Bangladesh needs to change their batting order to make stable. Bowling of this team looks fine as of now.

Dinesh Chandimal is one of the best openers in this Asia Cup as so far. He scored exactly 50 runs out of 39 balls with extraordinary Seven fours and one six against with UAE. And his partnership with Tillakaratne Dilshan also seems good in this Asia cup. The fans are expecting this same performance with those cricketers in their upcoming matches. But the lower line-ups are shows with their poor batting.

All the opponents are slightly fear to face the ball from the team captain, Lasith Malinga. He took Four wickets against in the last match with UAE. Also, there is another right-arm fast bowler named as Nuwan Kulasekara. He took three wickets for the economy rate of 2.50 in four overs.

Sri Lanka’s captain Lasith Malinga says about this Asia Cup T20 2016 as “In this tournament it’s very hard to say which team is the best. But we are always looking to maximise our strengths and our abilities.”

Bangladesh vs SriLanka Asia Cup Match 4 will be telecasted on 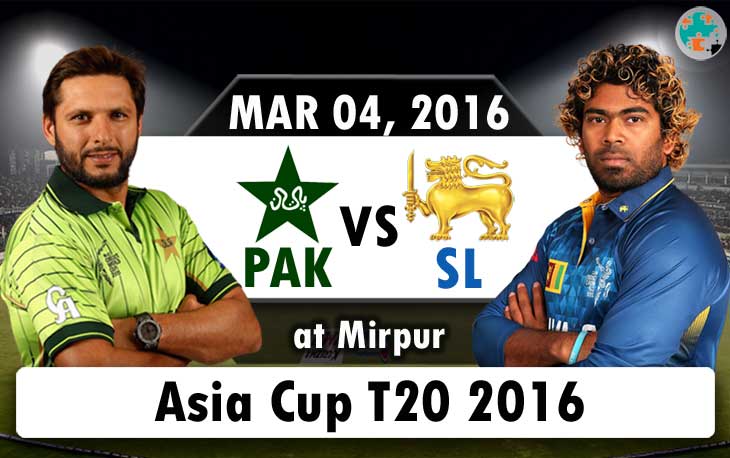