Home » Sports » Beyond Bragging Rights: How to Take Live Gaming Further Than Just a Hobby

Beyond Bragging Rights: How to Take Live Gaming Further Than Just a Hobby

If there’s any development that has transformed gaming more than anything else, it’s streaming technology. It was always possible for video game pros to cultivate a modest following via platforms such as Xbox Live or on gaming forums, but recent shifts in how we broadcast and consume gaming content now mean that the best gamers can become as wealthy and well-known as Hollywood celebrities.

The people at the top of their game, be it in Fortnite or online poker, earn millions of dollars a year in tournament prizes, viewer subscriptions, donations, and ad revenue. That’s why, for many people, gaming has graduated from being a fun hobby to a full-time career prospect. 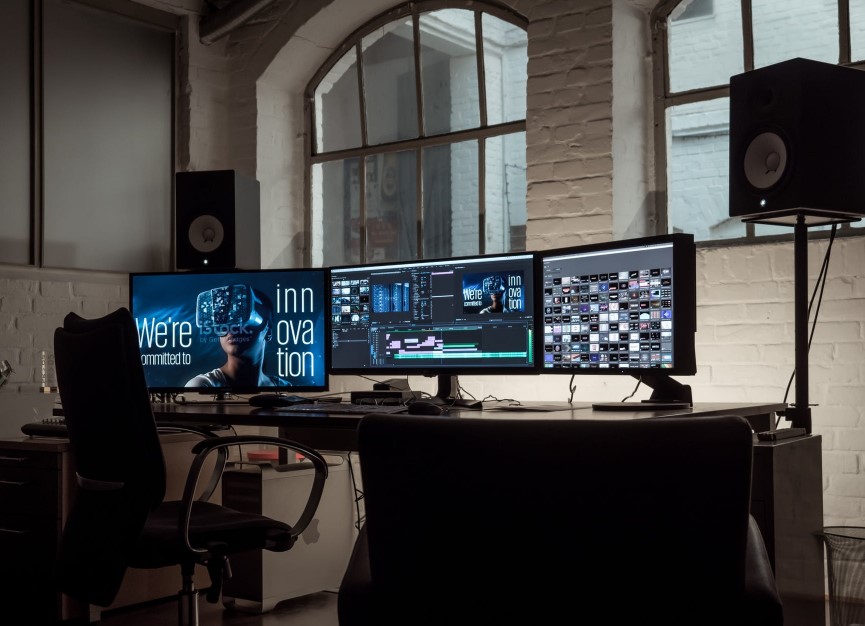 Why go to law school when you could make ten times as much as a top-tier lawyer simply by racking up your kill score on Counter-Strike: Global Offensive? If you caught a glimpse of N0tail or PewDiePie’s seven-figure salaries and have decided you deserve a slice of the action, here’s the complete guide to turning your gaming hobby into a million dollar salary.

The Current State of Play

Let’s start with the numbers, so you know what you’re up against. By conservative estimates, there are currently 700 million people worldwide who regularly play online games, representing more than half of the total number of gamers worldwide. This, of course, doesn’t mean that there are hundreds of millions of people playing say, online poker or CoD, since the number of people who play competitively is significantly smaller.

It’s worth breaking it down further to give a better idea of which areas of online gaming are the most popular, and therefore, the most lucrative. By far the most popular online gaming title in the world right now is the combat game Fornite, which has racked up 200 million players worldwide despite only being released in 2017.

This is followed by League of Legends, the mythical battle arena game which is the focal point of many of the biggest e-sports tournaments like LCS and which enjoys 67 million active monthly players as of 2019. Check out https://boosteria.org for premium boosting service to level up in League of Legends.

Perhaps surprisingly, one of the most popular online gaming formats in the world isn’t actually a combat game. Online poker, of which the most popular variant is Texas hold ’em, currently enjoys a community of 100 million active players worldwide, commanding significantly higher prize funds than most e-sports tournaments, with the most well-known players being followed by hundreds of thousands of people.

Combined, these three games make up well over half of the total market, so your best shot at success is picking either Fornite, League of Legends, or online poker. Of course, the flavor of the month changes often, so keep an eye out for the next big online game.

Equally as important as picking which game you’re going to focus on is what platform you’re going to use. Much like the game itself, you want to focus primarily on one medium and not split your attention and energy between multiple options. The platform you choose will be instrumental to your success and how you cultivate a following, so choose wisely based on your talents.

The first thing that obviously bears mentioning is live streaming, particularly on Twitch and YouTube. It was YouTube which originally ignited the global gamer boom and is the platform where the very first millionaire gamers got their start.

It should first be noted that the way gamers and fans interact with YouTube has changed a lot in recent years, in that it is not the best platform for full-time pro gamers. Rather, YouTube is only worthwhile if you’re reviewing games or testing them and is only monetizable if you already have a sizeable following. If this is the path you want to go down, your best bet is becoming a bonafide game reviewer and starting a blog. Just make sure you have a unique angle that will make people want to read.

If you want to get big from the being the best at your game, then Twitch is the best place to start. This upstart live-stream platform is the current center of the gamerverse, where all of the most successful gamers now broadcast their activities. There are Twitch channels for Fortnite and online poker which have millions of fans tuning in, generating considerable revenues for players.

If Twitch is looking a little too crowded for you to break through, your best bet is to claw your way to the top the old fashioned way. Enter into local eSports tournaments or e-poker championships, as winning these will get you noticed and possibly even scouted by agents and teams. If you have the skills to win, this is a surefire path to success.

Gaming Hacks That’ll Take You to the Top

That being said, competition is fierce. It takes a lot more than just getting a lucky straight flush or being able to beat your roommates at Infinite Warfare. You’ll need to practice, a lot. Just like training for the Olympics, you’ll need plenty of time, resources, and dedication to hone your craft and make it to the big leagues.

Fortunately, training doesn’t need to cost you anything. The best way to build your skills at online poker is through free poker tournaments, which allow you to play with experienced players without bankrolling any of your own money, whilst still having a chance to win real cash prizes. These attract a lot of poker players of all shapes and sizes (a lot) so be strategic, play tight, and learn how to snipe the players who are just sitting out every hand.

The same goes for pretty much any other form of competitive online gaming. Always start off with free multiplayers modes and more casual forms of gaming before going for the big touraments. Keep a close eye on your mistakes and make a note of every time you lose a round or get killed off by another player – learning from your errors is the only way to become truly bulletproof.

The most important thing is your mindset. If you approach your gaming strategy like you would a full-time career, you’ll be able to rise to the top.