Bigg Boss 11 2nd week nomination: Based on the situation in the Bigg Boss house, the morning wake up song has played, it is Khoon Choosle. Bandgi Kalra and Puneesh Sharma seem to be enjoying each other's company. Vikas Gupta and Shilpa Shinde war continued again on Monday's episode (9th October 2018). Some people (audience) feel that Vikas getting irritated because of her singing. After some minutes, he removed his mic as he has frustrated with Shilpa Shinde's actions. Also, he breaks few eggs while trying to provoke Shilpa to do the same. The other contestants are conveying their thoughts to Vikas as to sing in retaliation, not break eggs. In this war, Sapna Choudhary takes Vikas's side and says Shilpa provoked him.

Then the fight between Vikas and Shilpa seems that it has got even more. They both involved in their fight with their ugly words. The commoner Jyoti Kumari intervenes & tried to solve their fight. 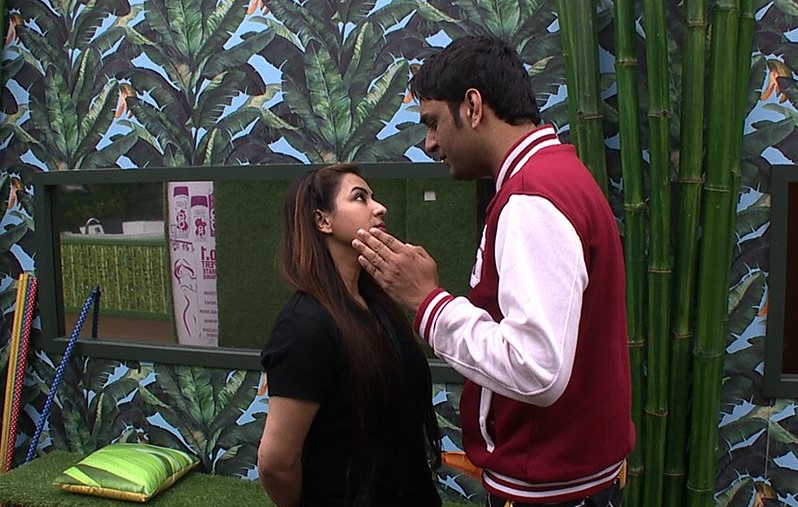 After the nomination process, Bigg Boss gave an important thing that they need to nominate one more from the other housemates. In the BB11 second week, Hina Khan, Vikas Gupta, Sapna Choudhary, and SsHivani Durga are nominated by the Bigg Boss main house contestants. While the Padosis are nominated Jyoti Kumari by using their special power. So, the final list of this week nomination is Hina Khan, Vikas Gupta, Sapna Choudhary, SsHivani Durga, and Jyoti Kumari.

At the end of the Monday's episode, the current Bigg Boss 11 padosis met the housemates. So, the remaining days of this week will be continued with the 17 contestants in one house.