Bigg Boss 6 Tamil Grand Finale Title Winner: Bigg Boss Tamil Season 6 will be going to end today with a grand finale event. Before it headed toward the finale, the fans of all finalists are eagerly waiting for the result. In the recent episode, people witnessed each and every finalist’s Bigg boss travel history videos. All ended with an emotional roller coaster and each one enjoyed it. The fans are highly active to predict the winner and runner-up of the reality show.

At the end week, there was new external support for the contestant Vikraman from the political side. His fans are expecting there will be a big change in the final result because of this new add-on support. The common audience is expected that either Azeem or Vikraman will win the trophy.

Bigg Boss 6 Tamil Grand finale shoot has started and all the contestants participated in the program. According to the sources, it was confirmed that Shivin is a 2nd Runner up in this season. People expected her to be a winner but that did not happen. 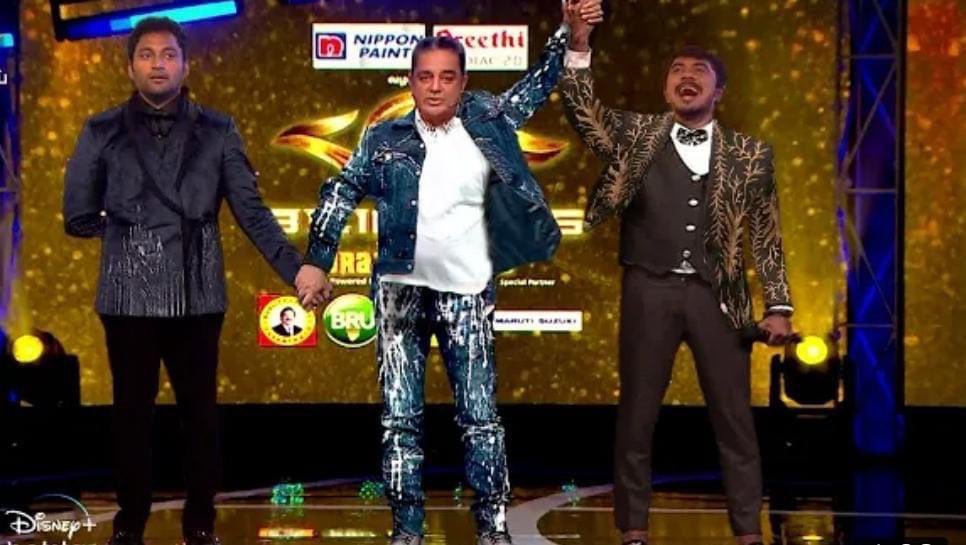 It has officially confirmed that the first runner of the Bigg Boss season 6 Tamil is Vikraman and he has also many fans in the audience. A political leader also encouraged the fans to vote for Vikraman but it fails. But this is the great opportunity for Vikraman to show who he is and his great attitude.

Bigg Boss 6 Tamil Grand finale title winner is Azeem and he lifts the trophy and cash in today's show. Azeem has won the housemate's love and people's love all over the world

The live update of the Bigg Boss 6 Tamil Grand Finale will be updated soon.