This is the first time that the Kannada Bigg Boss calling commoners as the participants out of 15 contestants. So, the celebrities will fight together with the commoners for the trophy of Bigg Boss Kannada 5 and also for the cash prize. 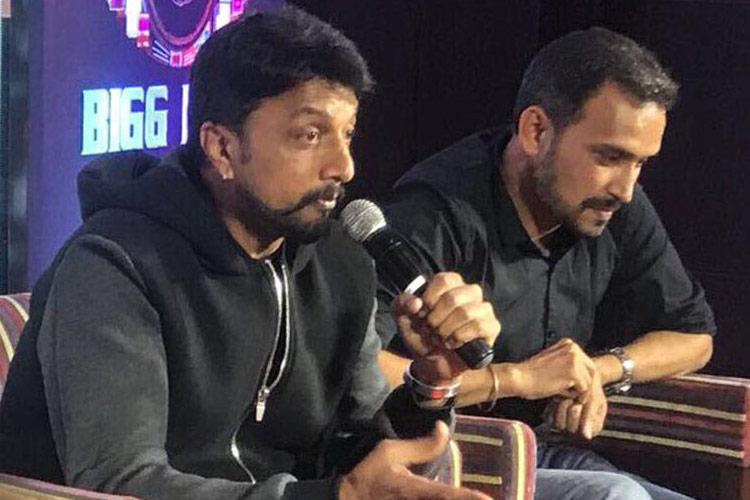 Through the online audition, the BBK5 has given an opportunity for the commoners to be a contestant on this fifth version. As per the reports, it might be six commoners and nine celebrities have been for this new version of BBK’s Sudeep’s show.

The show host Sudeep and Colors Kannada head Parameshwar have met together on October 12 at the Bigg Boss Kannada Season 5 Press meet. Here is the video:

In this meet, the host talked about the issue of Malavika-Parameshwar kissing video leak on online. He said “I am taking on behalf of Param not because of the show. He is a good guy. There is no need for me to come to his rescue. I would have played safe and left the issue to them to handle. But my conscience does not permit me to do it as I want to stand by the truth.

“Malavika is a beautiful lady. She is somebody’s wife and Param is somebody’s husband. More than anything else, they are fabulous human being.”

He thanked that person whoever has leaked it that last year’s video clip now on online. He added “I want to thank him for the extra publicity that he has given to the show. And this one season will tell you whether the people will believe us or not.”

Check the probable celebrity names who will get into the Bigg Boss 5 Kannada on October 15.