The most anticipated show on Star Vijay Television will be aired on 7th February at 01:30 pm. The fourth season of Bigg Boss began on October 4, 2020, and ended on January 17, 2021. Actor Ari was declared as the title winner of this season in the grand finale. Balaji got 2nd place and Rio won 2nd runner up. 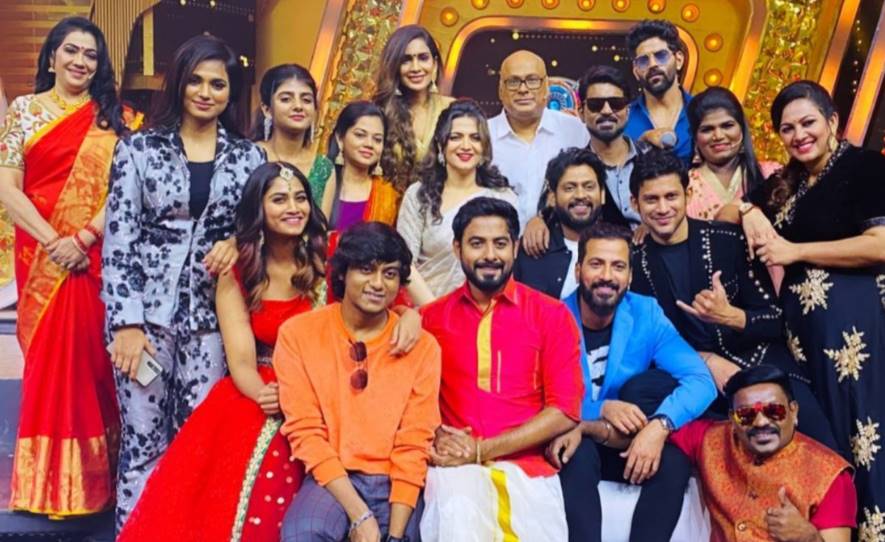 Some photos and videos have taken by the contestants during the Bigg Boss Kondattam shooting, which all posted on social media and going viral on social media. Aajeedh, Anitha, Sanam, Samyukta, Gabi, Ramya Pandian and others have released short video clips and photos.

The fans are accumulating likes for it and waiting for the show to watch it on Disney+ Hotstar and also on the Star Vijay Television channel. Bigg Boss Kondattam Season 4 promos will be out on the official social media handles of the channel this week.

Along with Ma Ka Pa Anand, anchor Divya Dharshini also hosted the how. You can see Balaji Murugadoss’s famous dialogue from the show, Suresh Chakravarthi and Shivani’s hug, all BB4 women together with Rio’s appreciation, Archana’s voice in the second promo. Also, Poovaiyar’s performance, Som’s dairy milk comedy by Ma Ka Pa with Ramya. Zaara Vineet dance with her mom Archana Chandhoke. Zaara said, “There is a life beyond Bigg Boss.” Aari’s valid advise to the people and the fans.