Bigg Boss Kondattam Season 4: Bigg Boss Tamil Season 4 reality show has ended on 17th January with huge fan followers as usual. Actor Aari Arjunan won the Bigg Boss title with Rs 50 Lakh cash prize which was predicted by the fans a week before itself. The second runner up of the show was Balaji Murugadoss. Rio Raj and Ramya Pandiyan are the second and third runners respectively.

Star Vijay Television channel usually shot a special customary event as a celebration of every Bigg Boss season after the completion and aired it on some weekend. Likewise, the ‘Bigg Boss 4 Kondattam’ event has happened at EVP Film city. It was confirmed by the photo of Sanam Shetty, who shared it on her social media handle.

In the above photo, you can see thirteen Bigg boss contestants of season 4 are Aajeedh, Nisha, Balaji, Gabi, Sam, Archana, Anitha, Ramesh, Ramya, Som, Sivani, Rekha, and Velmurugan. You could miss Aari, Rio, Sanam, Suresh and Suchithra in this photo. As per the report, Suchi was not there in this Bigg Boss Kondattam Season 4 shoot.

In the photo posted by Sanam with Anitha Sampath and Aari, she wrote “Peek – a – boo (heart emoji) who’s there?” and added official handles of Aari Arujanan, Anitha, Vijay TV, EndemolShinel India.

Samyuktha posted an Instagram reel video with Ramya Pandiyan while they are in the shoot of Bigg Boss Kondattam. Aajeedh also posted a video on his Instagram handle with Samyuktha and Gabriella.

The fans of Bigg Boss season 4 are excited to watch the show, which is expected to be aired on the first weekend of February 2021. 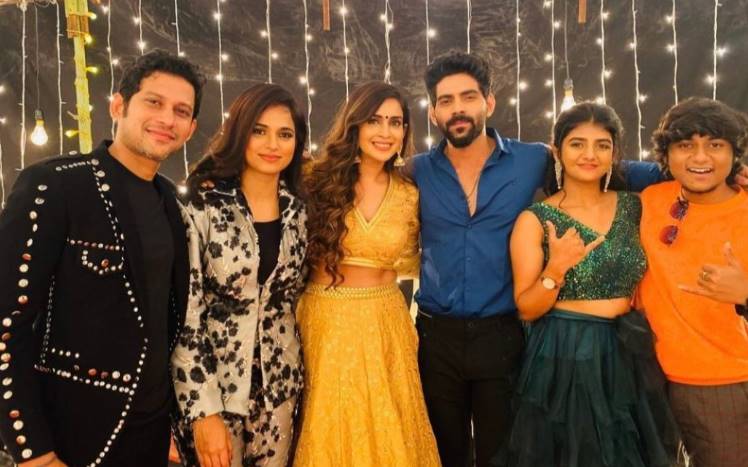 The Bigg Boss season 4 contestants have a shoot for BB4 Kondattam, which has anchored by Ma Ka Pa Anand in this early week. Few of the contestants were shared the photos while they are in the shoot of the event.