Bigg Boss Malayalam 3 Day 1 Highlights:  After the grand launch on Valentine’s Day evening with fourteen contestants from different walks of life. The housemates are competing with each other on the first day itself. The contestants have played ‘KKPP – Kittiyal Kitti Poyal Poyi‘ a hard way, finally, Lekshmi Jayan won the first-day task.

The first day at Bigg Boss House began with dancing and singing. Bhagyalakshmi spoke to members of the House about the incident that led to the donation of hair to cancer patients. Dimple’s birthday celebrations were also held at the house.

Dimple said, “Never comment on my costume,” for a Ramadan comment that the coach forgot to pantyhose. Dimple’s reaction came as a surprise to his fellow contestants, who later discussed the matter with Firoz, Lakshmi and Ramzan. Later, Ramadan apologized to Dimple and ended the issue. 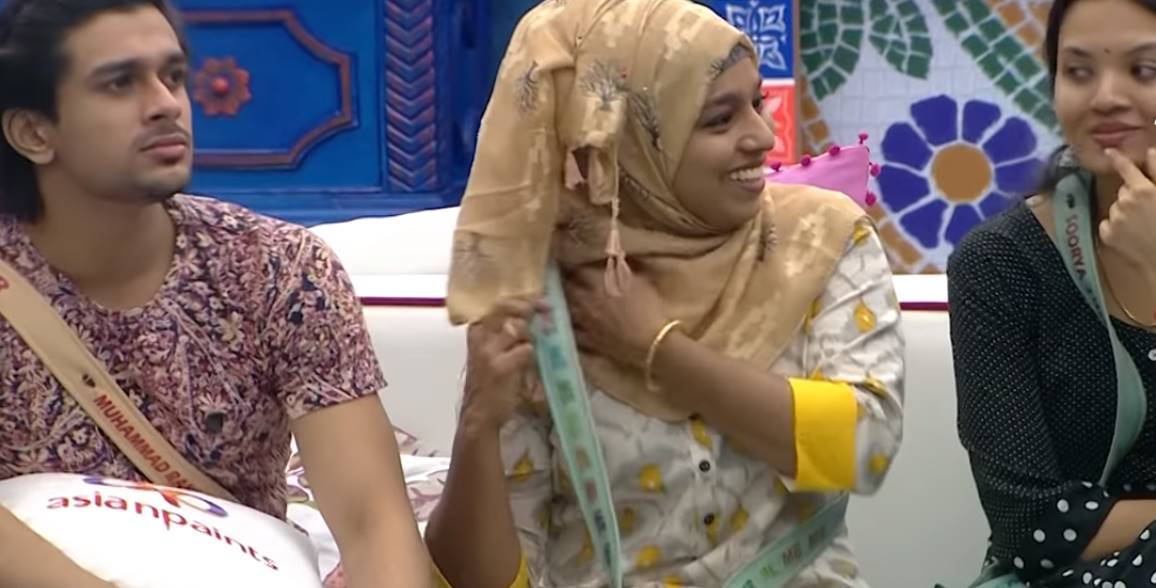 Surya mourns Firoz. Surya says he is not an entertainer or a smart person and he is worried about whether he will go down on the show. Surya says that even the small things that her fellow contestants Nobby and Lakshmi said jokingly bothered her. Firoz advises Surya that not everyone can always be smart and that it is enough to be genuine.

While Nobby, Bhagyalakshmi, Ramzan, Adoni and Sandhya are together sometime later, Firoz and his fellow contestants take up the subject and motivate Surya. Surya Sai later told Vishnu, “I was sad and when I cried I was okay.”

Lakshmi sighs as she talks to Bhagyalakshmi and Nobi about her mother, her son and her life situation. Lakshmi said that her son is a person who lives with his mother and father. Later, Lakshmi was enthralled by her contestants with her songs and jokes. Lakshmi sang in both male and female voices, followed by Bigg Boss at the house.

Then RJ Firoz narrated the rules of the task. The task took place in the garden area. Two contestants faced each other in a game that tested the mental wits of the housemates.  The contestants who grabbed the maximum balls was declared the winner.

Dimple and Ramzan competed for the ball first. But Dimple defeated Ramzan and got the ball. Surya won the next match between Dimple and Surya. But in the next round, Bhagyalakshmi took the ball from Surya. Bhagyalakshmi later defeated Nobby and Manikuttan but had to kneel before the magician.

In the following rounds, Sai also lost to Vishnu. But the story changed when Lakshmi arrived defeating Sai Vishnu. Lakshmi defeated Sai Vishnu, Firoz, Anoop and Ramzan to get the most points in the game. Lakshmi defeated four and Bhagyalakshmi qualified for the captaincy task by defeating three.

So, the first Bigg Boss Malayalam 3 captain will be a female contestant.

Who will win the captaincy task? Who is the first captain of Bigg Boss Season 3? Tomorrow’s episode will be the answer to such questions.

According to the prediction, there is no first eviction in the first week. Because the nomination task did not take place on Bigg Boss Malayalam 3.