The usual procedure was followed to eliminate another one contestant from the house. The new eviction list is now available on Google to vote which have been nominated for the eviction in the sixth week. Sabu elected as a new captain of the house by winning a task against with Annop Chandran and Diya Sana. This is Sabu’s first captaincy in the house. 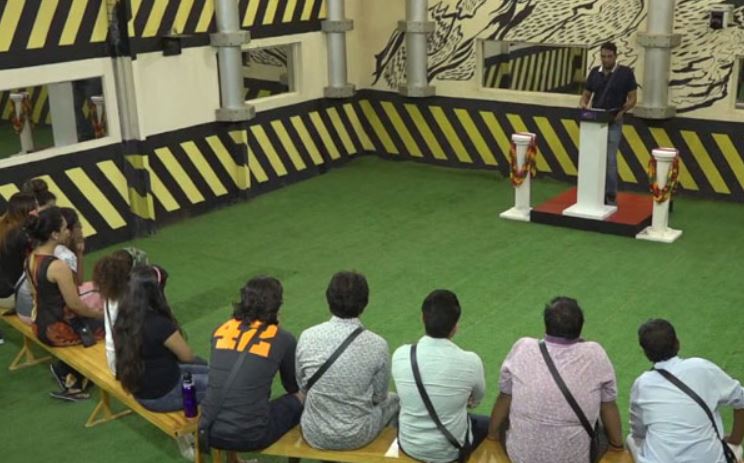 Before on the nomination procedures, Bigg Boss asked all the housemates to form two friendship groups. So, the inmates have formed their groups themselves. Sabu, Diya Sana, Ranjini Haridas, Archana Suseelan and Anjali Ameer are as a group. Pearle Maaney, Aristo Suresh, Srinish, Anoop Chandran, Basheer Bashi, Aditi Rai and Shiyas are in another group as second.

The group formation was formed for the nomination. Bigg Boss conducted the nomination process in open as like the last week. As a captain, Sabu read out the procedures to other contestants. According to the procedure, each contestant from one group should nominate two other contestants from the other group with the reason. Totally three members were nominated in this procedure. Sabu and Anjali Ameer were escaped from this nomination which is because of his captaincy and a new contestant of the show respectively.

As mentioned above, three members have nominated by this procedure and Sabu has mentioned two other inmates name directly with his captaincy’s privilege from the opposite group with certain reason. So, he nominated Basheer Bashi and Srinish.

Totally five members have been nominated to the eviction list this week. They are Archana Susheelan, Basheer F.M., Diya Sana, Pearle Maaney, and Srinish Aravind.