Gayathri Raguram was evicted from the Bigg Boss Tamil House formally on the elimination process of August 20th episode. After a long break, the dance choreographer is back to her Twitter with the statement of “Hello all. I’m back. Good to be back.” Even she tweeted few more posts which related to the life of Bigg Boss Tamil House. Also, she re-tweeted her supporter’s post on her wall. In the other side, she thrashed Suja Varunee for her acting like Oviya, who won million of hearts when she was in the house.

Gayathri re-tweeted a post with her comment ‘Lol’ for Suja Varunee’s Kolam. In that, she drawn a letter of ‘Oviya Come Soon’ with star of Kolam. After this, Gayathri tweeted a statement as ‘Who likes Oviya’s originality shouldn’t use oviya for winning.’ It is directing hitting Suja Varunee’s activity in the house. 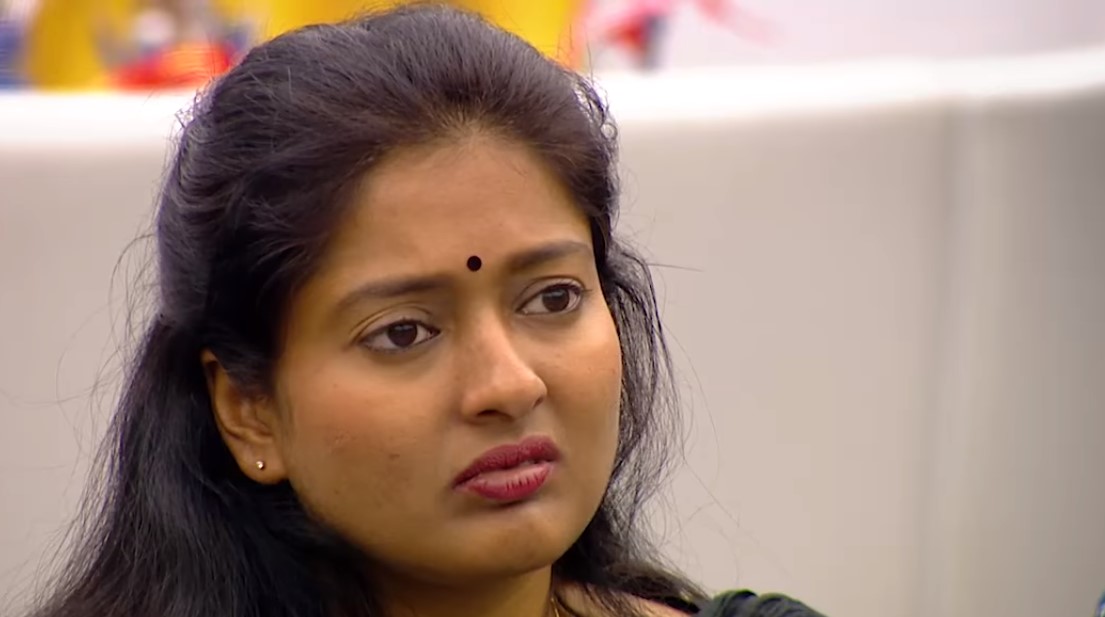 While Snehan and Kaajal had already seen they talking about Suja’s imitations which resembling Oviya. Also, the people having the same thought. It may be true or also may not. General audience are does’t know about the personal life of Suja. But she earned some negative thoughts from public because of her profession. Himself she felt hard by sharing that with Bigg Boss in the confession room after Gayathri’s eviction.

In the Bigg Boss Tamil week 9 leader task, Harish won that task out of Suja Varunee, Kaajal and he became as a leader of the week. In the same Monday’s episode, Snehan seen that he telling to Vaiyapuri about Suja Varunee’s behavior like which is imitating Oviya. After that day in Tuesday’s episode, Kaajal telling the same thing to Harish.

Bigg Boss Tamil August 23th episode promos were released by the channel. It looks that Suja playing a task along with Kaajal. At one point, both of them felt bad about the task. Also, the second episode having full of Kaajal’s story.

Watch the show tonight on Star Vijay TV at 09:30 pm. Also, the smartphone users can watch this biggest realty show by using the official live streaming on Hotstar. Tap the Hotstar App on your phone. Visit ‘TV’ and scroll down to get the live Vijay TV online. The time duration between the Television and the live app is varying. But, the Bigg Boss Tamil August 23rd episode will be available officially online on Hotstar website after 24 hours from the show telecasted on TV. While the mobile user can watch this show within few hours after the show ends on TV.