The show is getting serious again after the eviction of Oviya and Julie from the Bigg Boss Tamil house. It is because of the four new entrants to the house and the chances in between the house mates those who all completed their 50 days inside of the house. Now a new group has formed inside the house with three members of Gayathri, Raiza and Aarav. Their activities on the August 19th (Friday) episode makes audience feel anger.

On the Friday episode, those three inmates created issues by refusing to eat the food which sent by the Bigg Boss. It makes unwanted noise inside the house between Snehan and the new team.

A task was given by the Bigg Boss Tamil, Snehan team has won in that task and they had delicious food. Snehan requested the opposite team to join with the them for launch and he also said not to cook food. One of the opposite team member is the Gayathri who didn’t listen to him properly and prepared their lunch. It makes an issue in between Snehan and Aarav.

From the audience point of view, Gayathri is the main reason behind this situation. Not only in this issue, she played big role on all the eviction process which all happened until now in the Bigg Boss Tamil house from Harathi, Namitha, Julie, and finally Shakthi who supports Gayathri always. 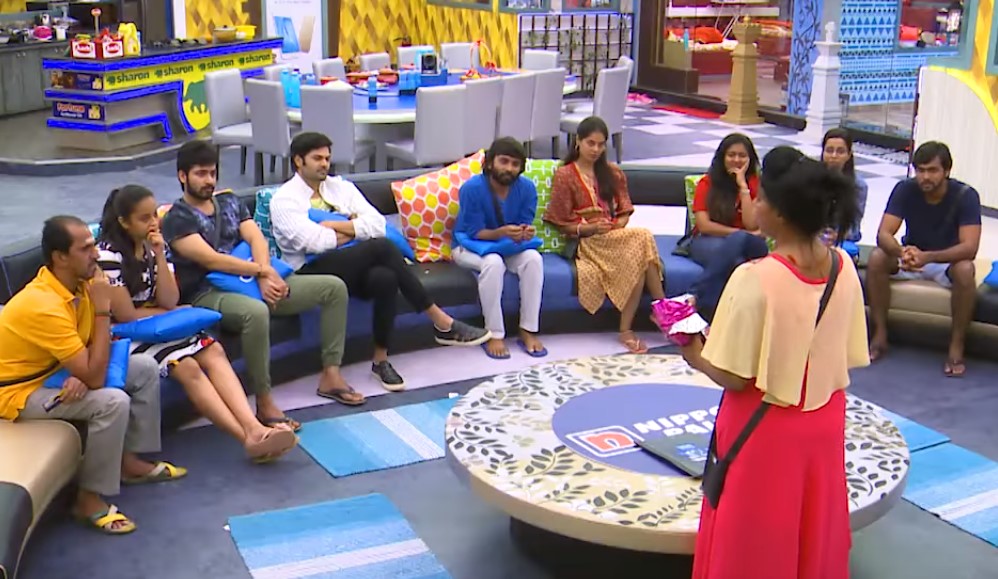 The Gayathri and Aarav group welcomed new member to their group, it is Raiza who reacted badly against to Gayathri a few days ago. The audience are wondered about the new bond of Gayathri and Raiza.

There are two names in the eviction list of this week, one is Gayathri and the other one is Raiza. While the fans of Bigg Boss Tamil getting boring to watch the show and also to vote even they watching every episode. The Bigg Boss Tamil elimination result will be out on this Sunday’s episode on August 20th night.

In the other hand, back-to-back sudden entrants makes Aarav in negative words. But, Snehan shared his positive words to Vaiyapuri as it is because to give refresh to the existed inmates. Also, they may check themselves that how they survive here in the house without mobile, Television and other entertainments.

In between these incident, Bigg Boss Tamil had another new entrant into the house after Suja, Harish as the fourth new contestant. She is Kaajal Pasupathi.

Some interesting lines from audience of Twitter about the recent episode of Bigg Boss Tamil:

Someone told me that Raiza changed herself already after Oviya’s exit. Lol, Raiza, your mask fell off and you proved to your fan that you are incorrigible.

Why there’s a sudden change in Aarav’s irrespective behavior towards snehan?