The channel released new Bigg Boss Tamil teaser promo for the August 22nd Tuesday episode. The promo seems that Aarav nominated directly to the next week nomination process by the Bigg Boss (not by other Bigg Boss Tamil housemates).

Also, the promo seems that the new contestants of the Bigg Boss Tamil who came inside house in the wild card are playing a task to save them-self from the nomination process of the week 10. As per the Tuesday episode’s first promo, Arav selected three contests himself to save. Bindu Madhavi, Suja Varunee, and Kaajal Pasupathi are the three inmates playing the task to continue this show. 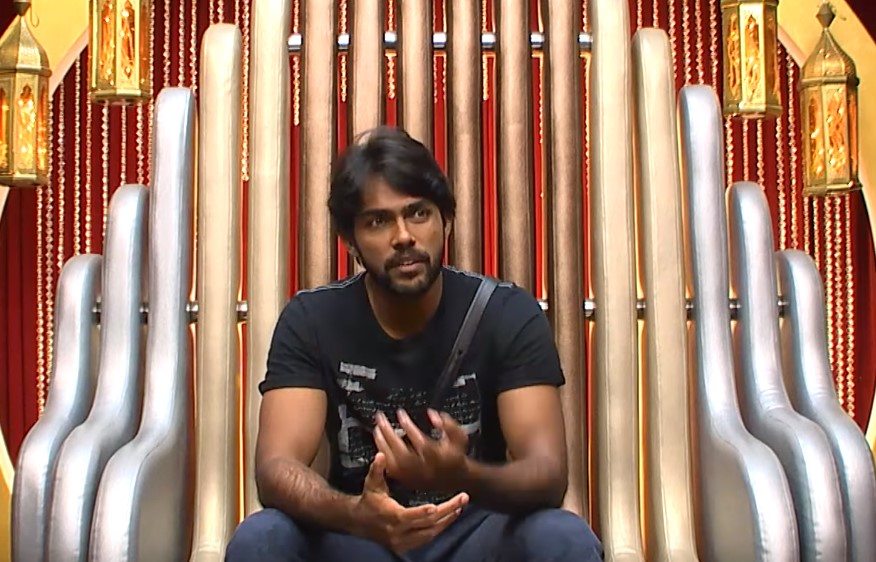 Arav is the head of the task who explaining the task to that three contestants. The task is the contestants are need to take an object from the swimming pool and to place it on their specific box which placed at other end.

In the Bigg Boss Tamil August 22nd first promo, Kaajal suffering lot in this task. It looks like she is struggling much.

Watch the show to know the reason behind the nomination of Arav. The Bigg Boss Tamil August 22nd episode’s second promo will release within few hours.

Learn how to save your favorite from the Bigg Boss Tamil Nomination Week 9 on online.