Home » Entertainment » Bigg Boss Tamil – Raiza and Gayathri in the nomination, who is audience favorite this week

Bigg Boss Tamil – Raiza and Gayathri in the nomination, who is audience favorite this week

Bigg Boss Tamil is crossing its eighth week with the eviction nomination of Raiza and Gayathri. In this week, Bigg boss informed the inmates that there would be an open nomination. This is the first time in this show that contestants are nominating two names in-front of others for elimination of this week.

Until the last week, all inmates were nominated two names secretly in the confession room. This is the regular process of the house that whom they would like to eliminate on every week. In this week, Bigg Boss informed to all contestants to spray a black paint on the inmates cut-outs which placed in the garden area.

In this process, Gayathri and Raiza carried maximum marks for the elimination of this week. After the Monday's show, the Bigg Boss voting poll has been started and viewers are asked to cast their 50 votes per day. Also, this is the first time that only two names are there in the nomination for the elimination. From this two, who will get minimum number of votes will eliminate from the show. 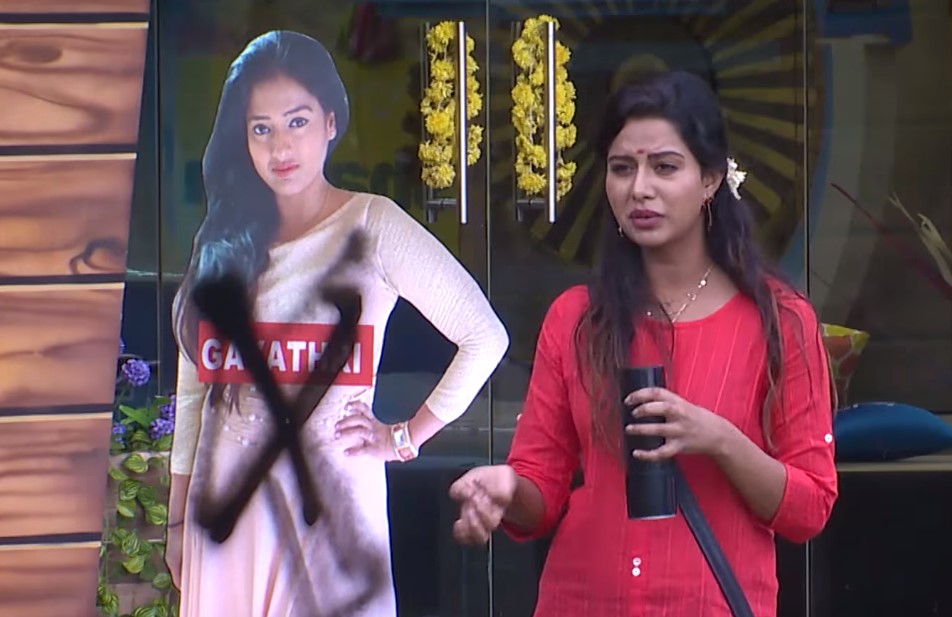 Out of Raiza and Gayathri, who will get more vote and will continue on this show? Share your thoughts in the Comment box.

According to the prediction, Gayathri may get minimum number votes in this week. Fans hating her behaviors and attitude. Also, Raiza getting support after the eviction of Oviya. She started supporting and agree with her fault about Oviya and Barani's eviction. So, she will get maximum votes in this week. Also, she had some misunderstanding with Gayathri in last week and it is continuing in this week. Even though, the netizens not like the nominees name because of their way of treat to Oviya when she was there in the Bigg Boss Tamil house. As mentioned early, because of the Raiza's approval on her mistakes and she was seen crying for being biased towards Oviya. She won maximum of hearts because of her sudden reaction. 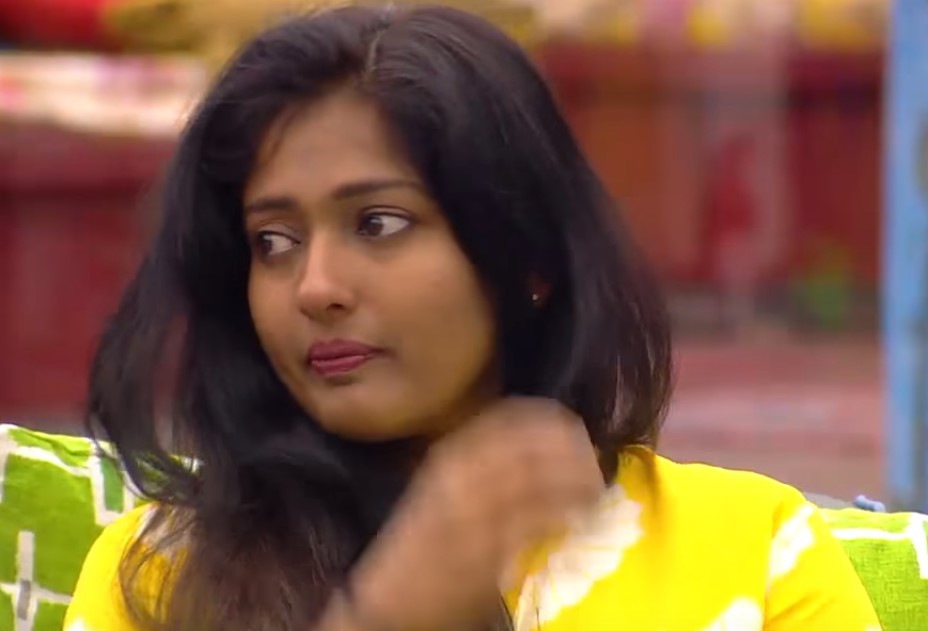 All the inmates except Snehan were mentioned the names of Gayathri and Raiza. Because of the Bindu's leadership of this week. Her name and cut-out has not placed in the garden area.

Also, it is expected that more contestants will be there in the Bigg Boss Tamil house on upcoming week. In that, audience are expecting Oviya's re-entry to the house. But, Kamal Haasan didn't reveal anything on this Sunday night. According to the sources, the channel offered ed Rs.5 Lakhs for Oviya per day to continue the show from next week. It may be rumor or not, but audience are expecting her entry. In other hand, Gayathri asked to Bigg Boss that if there is any chance of re-entry, she will happy with the Namitha, Harathi. Need to wait for more surprise on this weekend.

Bigg Boss Tamil Vote is live now with the names and picture of Raiza and Gayathri. People can vote to save their favorite. The process will end on Friday night.